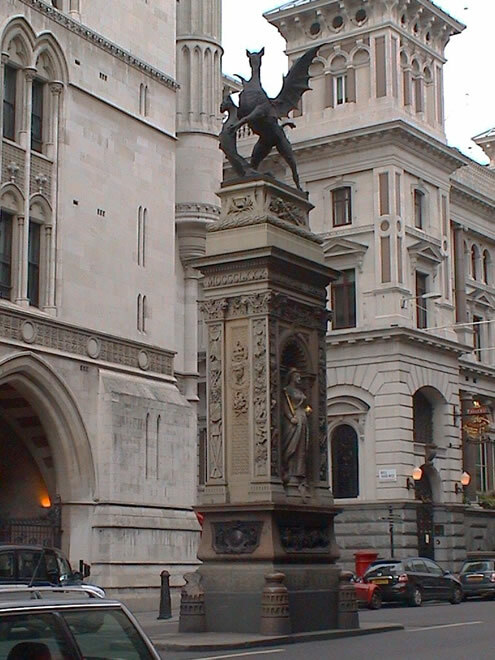 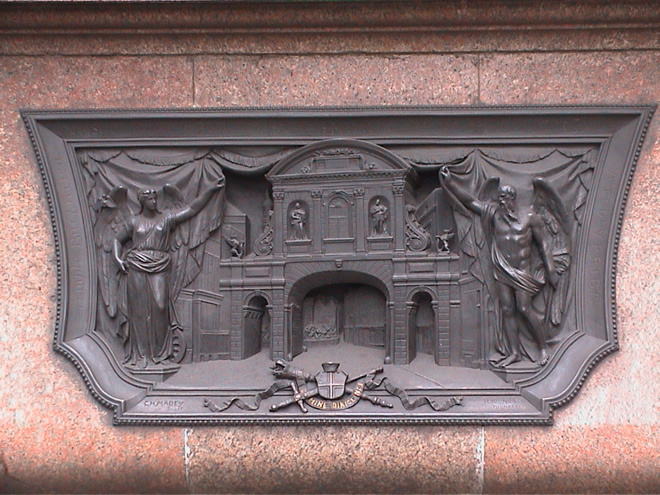 {On the frieze at the top of the monument, above the columns, text runs around the whole monument, reading:}
Temple Bar formerly stood here. MDCCCLXXX {=1880}

{On the east face there is a bronze relief showing the Temple Bar about to be hidden behind curtains being drawn by an angel on each side (representing Time and Fortune). Around the frame:}
Temple Bar. Erected 1672 by Sir C Wren arch. Removed 1878. This memorial erected 1880 by Horace Jones Arch. V.P.RIBA
{Signed:}
C. H. Mabey. Sculpt.

{On the west face there is a heavily decorated bronze cartouche:}
This memorial of Temple Bar was erected during the mayoralty of the Right Honourable Sir Francis Wyatt Truscott Knt. Under the direction of the Committee for letting the City Lands of the Corporation of London, John Thomas Bedford Esq., Chairman. The west side of the plinth is coincident with the west side of Temple Bar and the centre line from west to east through the gateway thereof was 3 feet 10 inches southward of the Broad Arrow here marked.
Messrs John Mowlem & Co - contractors
Horace Jones V P RIBA - architect to the Corporation of London.
{Signed:}
C. H. Mabey. Sculpt.

This section lists the subjects commemorated on the memorial on this page:
Temple Bar memorial 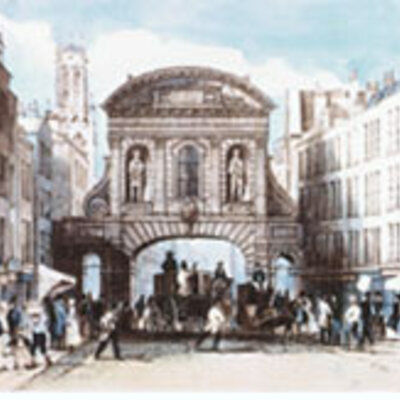 Chairman of Committee for letting the City lands of the Corporation of London... 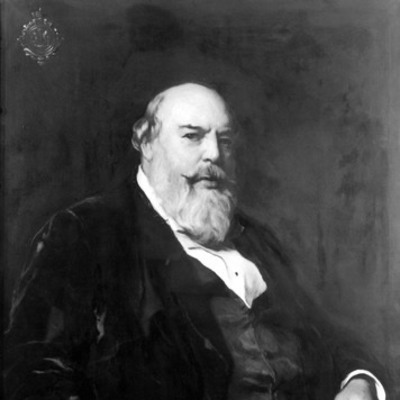 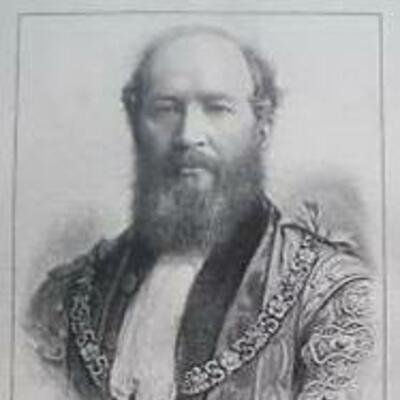 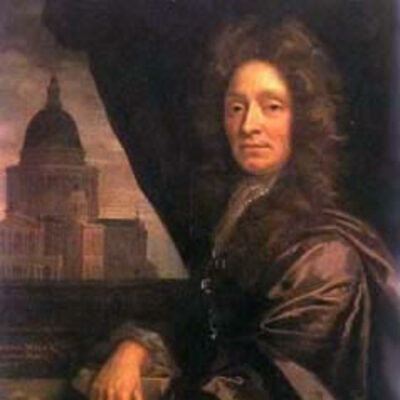 This section lists the subjects who helped to create/erect the memorial on this page:
Temple Bar memorial 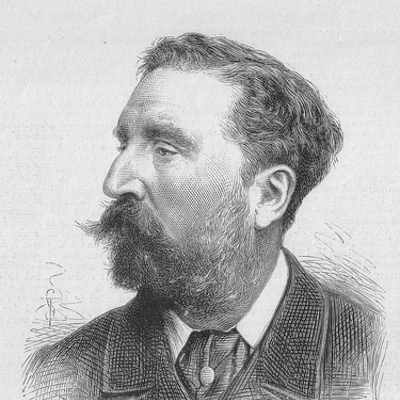 This section lists the other memorials at the same location as the memorial on this page:
Temple Bar memorial 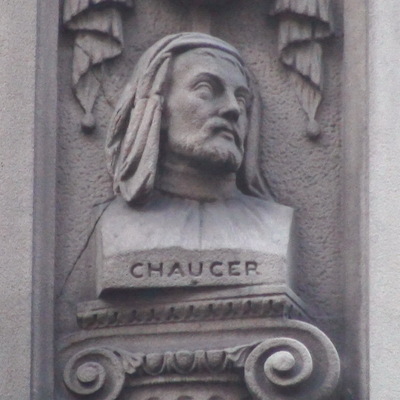 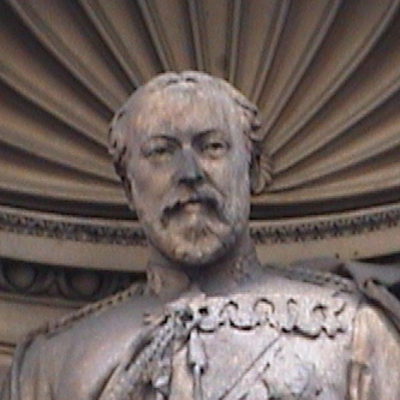 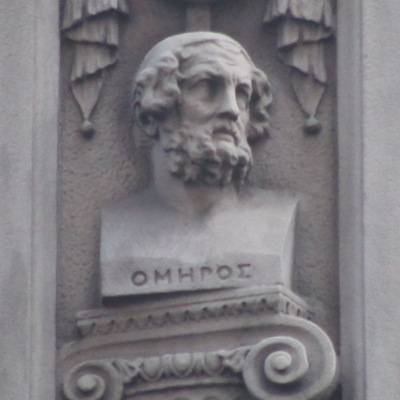 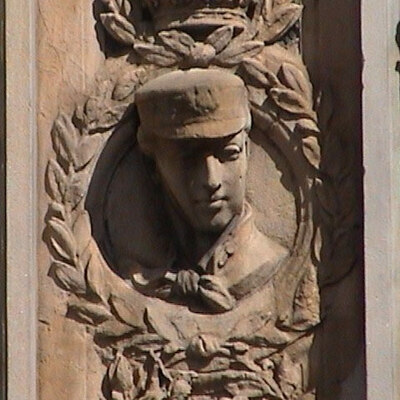 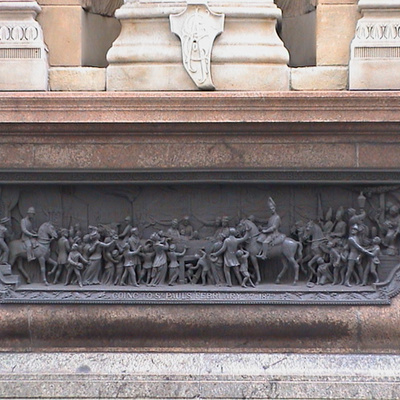 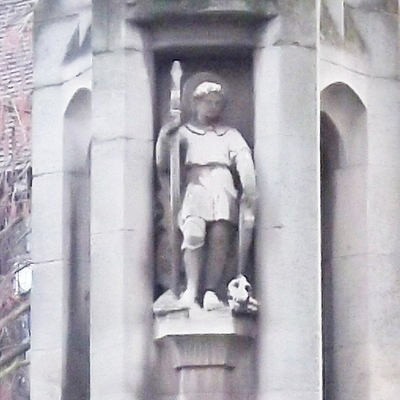 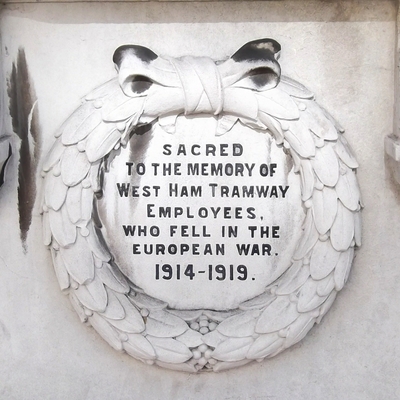 In our photo the foundation stone can be seen behind the railings, below the left-hand ground floor window. This 1906 building was the H... 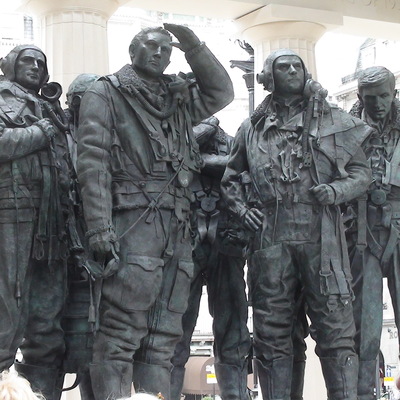 The campaign to bomb civilians was so controversial that the bombers were given no specific medal or monument until this was erected, 65 ... 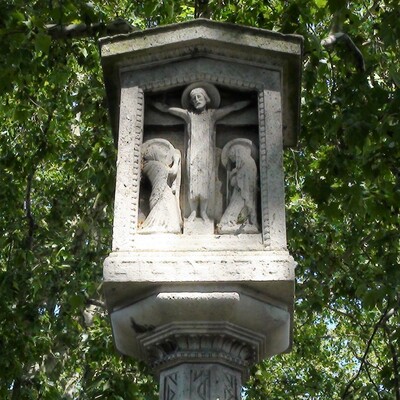 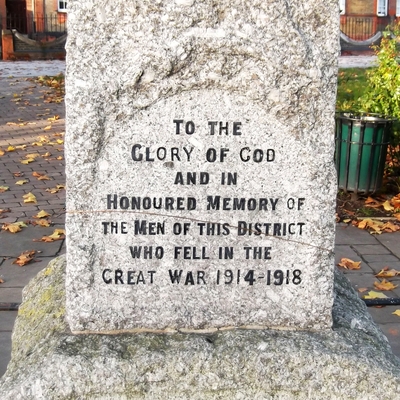 We first photographed this memorial some time ago when it was in a very bad condition. It has since been completely renovated, but there ...