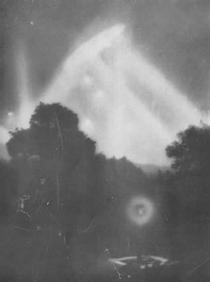 Invented by Count Ferdinand von Zeppelin in 1900. London was first targeted with airships in May 1915 and initially found defence very difficult. Searchlights and incendiary ammunition helped to defeat the Zeppelins and the last raid was in August 1918. Londonist has a great post about the Zeppelin raids over London, with a map! And Flickering Lamps has a good post on airships over London in war and peace.

But to get a really good idea of how they were used (the bombs, the water ballast, the observer basket) you have to see the 1930 film Hell's Angels. Forget the plot and the acting, just watch the stunning aerial scenes. Howard Hughes produced it so money was no object.

2018: Londonist have a post about the first Zeppelin raid on London, 31 May 1915, with maps showing the damage sites.

This section lists the memorials where the subject on this page is commemorated:
Zeppelin airships

During World War I, in addition to their usual stations aboard ship, Royal Ma...