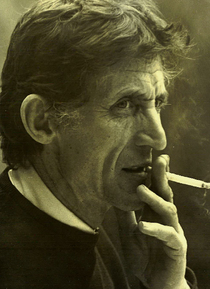 Sculptor. He has worked in a vast variety of techniques and media, producing some grand-scale works. Among his London projects are the interior of the Curzon Cinema,Mayfair, the concrete frieze in Rochester Row, the wall in Duke Street St James's at the entrance to the Cavendish underground carpark and the Egyptian staircase at Harrods. A personal friend of Mohammed Al-Fayed, he was given the commission for the Dodi and Diana memorial in Harrods, and the less than popularly acclaimed statue of Michael Jackson at Fulham football ground. He was the designer/architect at Harrods for over 40 years. Died Cumbria.

From the Isle of Man. He also carved the bust of A. W. Moore, for the House...

Sculptor.  Born in Detroit to British parents and educated in Europe.  He add...