The house in which Moore wrote the poem Lalla Rookh was named for it, possibly by Moore himself. From British History Online: "Lalla Rookh {was a} two storeyed villa with wide verandah rented in 1817 by Thomas Moore ... the setting of Lalla Rookh was thought beautiful". Lalla Rookh cottage was still here in 1878 according to another page. Moore's youngest daughter, Anne Jane Barbara, died in the house.

Edith's Streets says: "... a ‘big house’ Lalla Rookh ... was occupied for six months in 1817 by the poet Thomas Moore". and that two streams met in the grounds. Muswell Hill Forebears tells us that the house "was previously (1730-1807) the abode of Abraham Newland (cashier of the Bank of England), whose signature on bank notes made his name widely known."

All this, but we cannot find a picture of the house.

See Rookfield Garden Village for how the grounds were developed.

This section lists the memorials where the subject on this page is commemorated:
Lalla Rookh - house 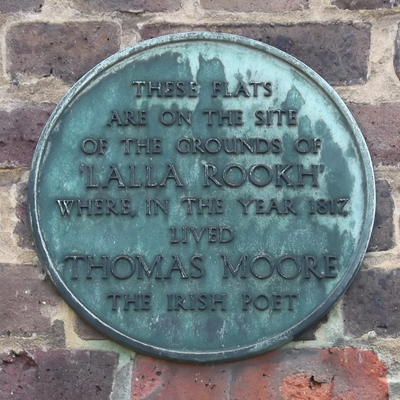 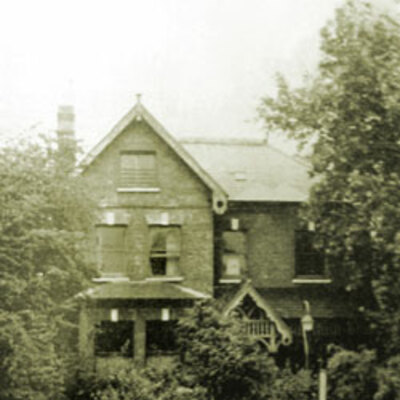 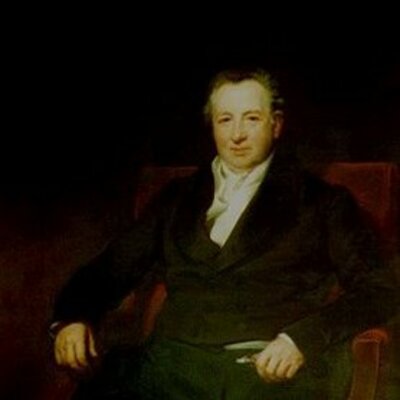 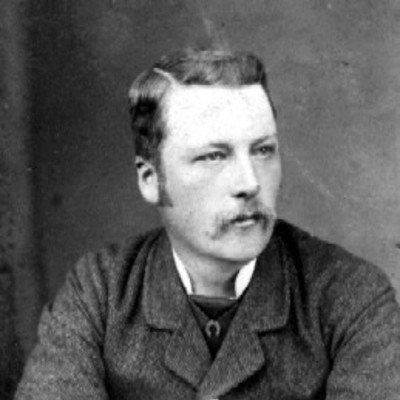 The Docwra's were in the building trade. The picture source website provides some useful information. We were glad to find the picture, even if it's only of one Docwra (Lancelot) and not the whol...

Developer and builder. British History Online says that in 1823 he bought "over thirteen acres which was advertised for sale as building ground". That site has a map showing the area, which include...

Mill Hill or Acton Hill House was built for Richard White in the early 1800s on farmland.  Much of it was demolished in 1877 but part remains as 11 Avenue Crescent. See Mill Hill Estate for more i...