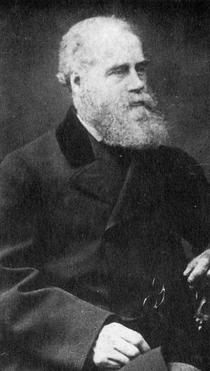 Wimbledon landowner and important member of local society. In 1854, Devas and two friends, Holroyd and Oliphant, founded Wimbledon Cricket Club and Devas became its first president. Lived in Mount Ararat, a large house on a 55-acre site. This map shows the area c.1870 when development had not started. It places Mount Ararat at the southern end of the road still known as The Drive (off The Ridgeway). Google Maps shows a house still there so perhaps the old house survived the development.

Arterberry Road was laid out by Devas across his land and, this being quite a steep hill, he provided a drinking trough for the horses. His son, Thomas Ernest Devas was presumably involved in the development of the estate housing which followed his father's death.

This section lists the memorials where the subject on this page is commemorated:
Thomas Devas

Married to Robert Trotter and widowed in 1877.