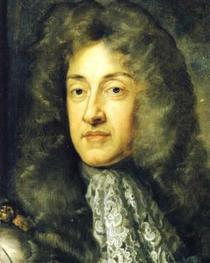 His first wife, Anne Hyde, was Protestant and produced a daughter, Mary, who was raised Protestant. James and Anne were then drawn to the Catholic faith. He converted and when Anne died in 1671 he chose a Catholic for his second wife, Mary of Modena, who produced his first surviving son, James. This meant that both the Protestant faction and the Catholic faction each had a potential ruler to promote.

His daughter Mary married the Protestant William of Orange who effectively invaded England thus deposing James, in 1689, the Glorious Revolution. James fled and died in France, leaving his son James (1688 – 1766) as, according to some, the rightful heir to the throne. That James's son, Charles, born 1720, became known as the 'Young Pretender', making his father the 'Old Pretender'.

Alder President associated with St Bartholomew's Hospital in 1702. A director...

An extension of the Nubian Jak Community Trust plaque scheme. It recognises b...