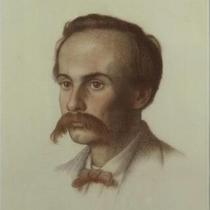 Writer and poet. Born at St Ives in the former county of Huntingdonshire as Walter Theodore Watts. He later added his mother's maiden surname. He had a particular interest in gypsy lore and published several poems on the theme. A good friend of Dante Gabriel Rossetti in his declining years and also of Swinburne whom he got to give up drinking and adopt a regular living routine. However, he came in for criticism that he had stifled Swinburne's creativity. Died at his home, The Pines, 11 Putney Hill.

This section lists the memorials where the subject on this page is commemorated:
Theodore Watts-Dunton

Playwright and poet. Born Yorkshire, died at the home of his friend, Edward ...