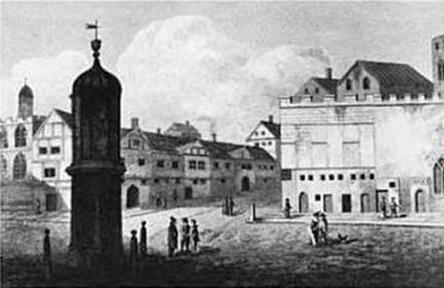 A water conduit, and point of measurement. From Wikipedia: "first mechanically pumped public water supply in London, constructed in 1582 on the site of earlier hand-pumped wells and gravity-fed conduits. The mechanism, a force pump driven by a water wheel under the northernmost arch of London Bridge, transferred water from the Thames through lead pipes to four outlets. The service was discontinued in 1603. This became the mark from which many distances to and from London were measured and the name still appears on older mileposts." The 'four outlets' were spouts, one on each face. Removed 1674. Our picture comes from the on-line "Annuls of London" by John Richardson.

This section lists the memorials where the subject on this page is commemorated:
Cornhill Standard 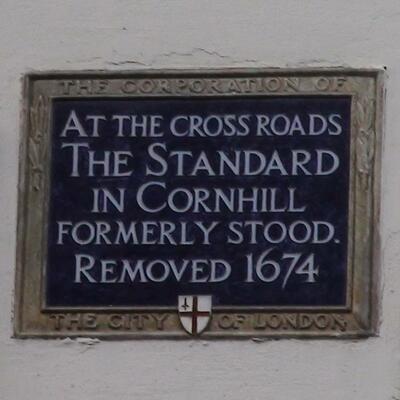 At the cross roads the Standard in Cornhill formerly stood. Removed 1674. The... 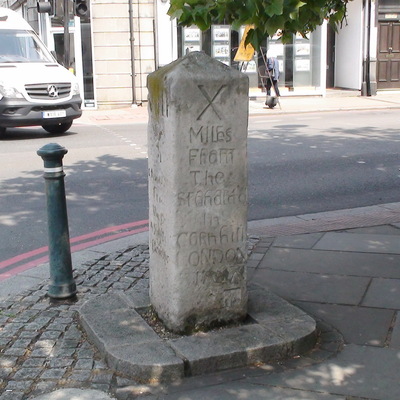 Founded in 1723 as a coffee house, became Georges Hotel in 1830 and then a public house as it is today. Current building is late Victorian. 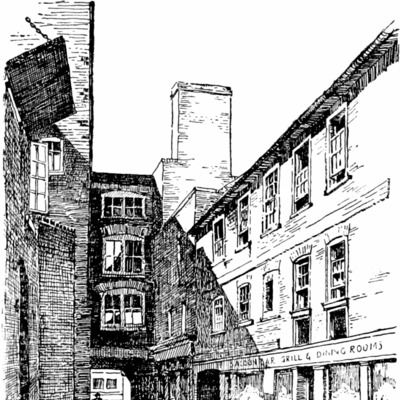 First mentioned in 1842. It occupies the site of the former Christopher Inn. On its northern side it still retains the red brick fronts of several 18th century houses. It has since returned to its ...

From this inn, on 25 October 1598, Richard Quiney wrote a letter to William Shakespeare. This letter, the only one addressed to Shakespeare that has survived, is held by the museum at Strafford. Th... 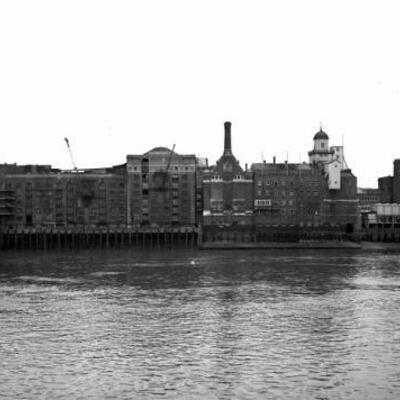 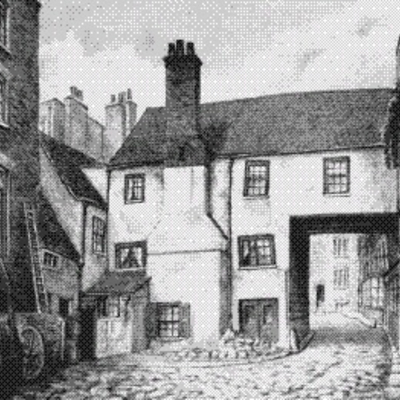 Coaching Inn. It's origin is uncertain, but in the 15th century it was owned by the Poynings family and was known as the Crossed Keys or Crowned Keys. It may have been renamed in honour of Queen El...