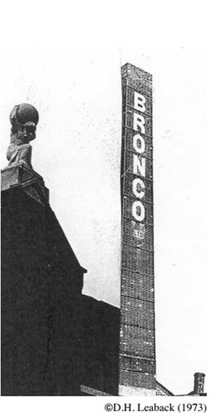 The Simpson, etc. plaque commemorates the Dyeworks which were at Victory Place 1859 - 68. This page refers to that site but also refers to the Hackney Dyeworks to which Atlas expanded. The photo shows the buildings in Hackney, not Victory Place, of which we can find no image.

Following the work done with synthetic aniline dyes by Perkin (discovery of mauve in 1856) the chemists, Maule and Nicholson, working in Simpson's Victory Place laboratory in 1859, created a dye with a red-purple colour which they called "roseine". The firm began manufacturing it and in 1860 it was renamed "magenta" after the Battle of Magenta, 1859. A commercial success.

In 1868 Maule and Nicholson retired and the firm became Brooke, Simpson & Spiller.

From Homunculus we learn: "In 1873 William Perkin sold his dye company to ... Brooke, Simpson and Spiller."

The RSC Historical Group Newsletter, February 2010, says "... the dyeworks soon outgrew the Victory Place site, and a bigger workplace was built at Hackney, with a research block, a tall central chimney and a giant Atlas figure proudly proclaiming aloft their successful pioneering venture." In 1987 The Hackney Society lists The Atlas Works, Berkshire Road, as a "building at risk". That source says it was built in 1863 and that in 1983 part of it was demolished, including the frontage "topped by a large stone statue of Atlas."

1910-58 the Atlas Works was occupied by The British Patent Perforated Paper Company, one of the first British companies to manufacture continuous and perforated toilet paper, Bronco.

CgMs, an archaeological desk-based assessment, is a planning report which includes the history of the area. It contains a various maps etc. which make it clear that Atlas Works was on the northern half of the block contained by Berkshire Road, Wallis Road, the River Lea Navigation and an unnamed access road.

We can discover nothing about the fate of Atlas himself.

And next door to the Atlas works was the Parkesine factory.

This section lists the memorials where the subject on this page is commemorated:
Atlas Dyeworks