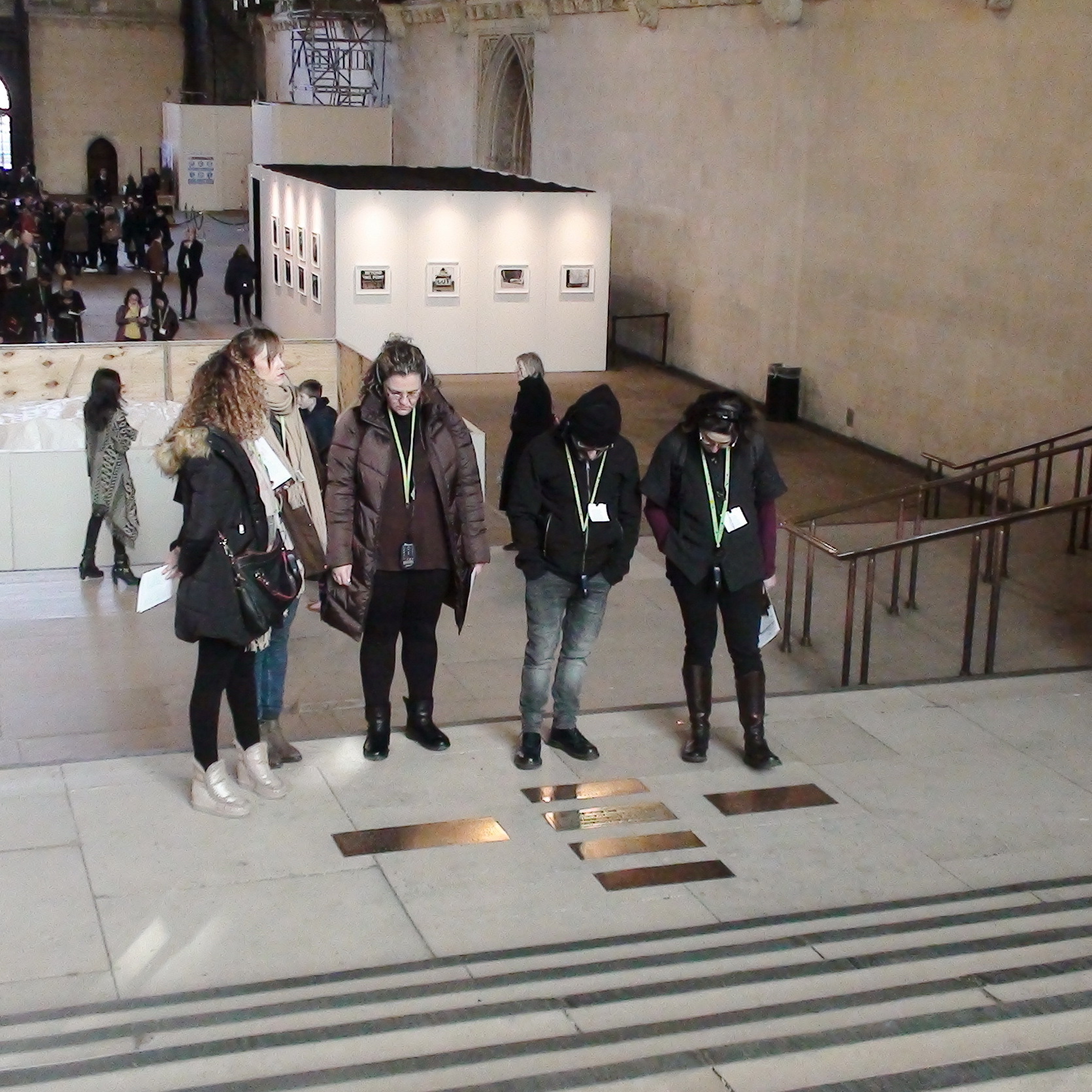 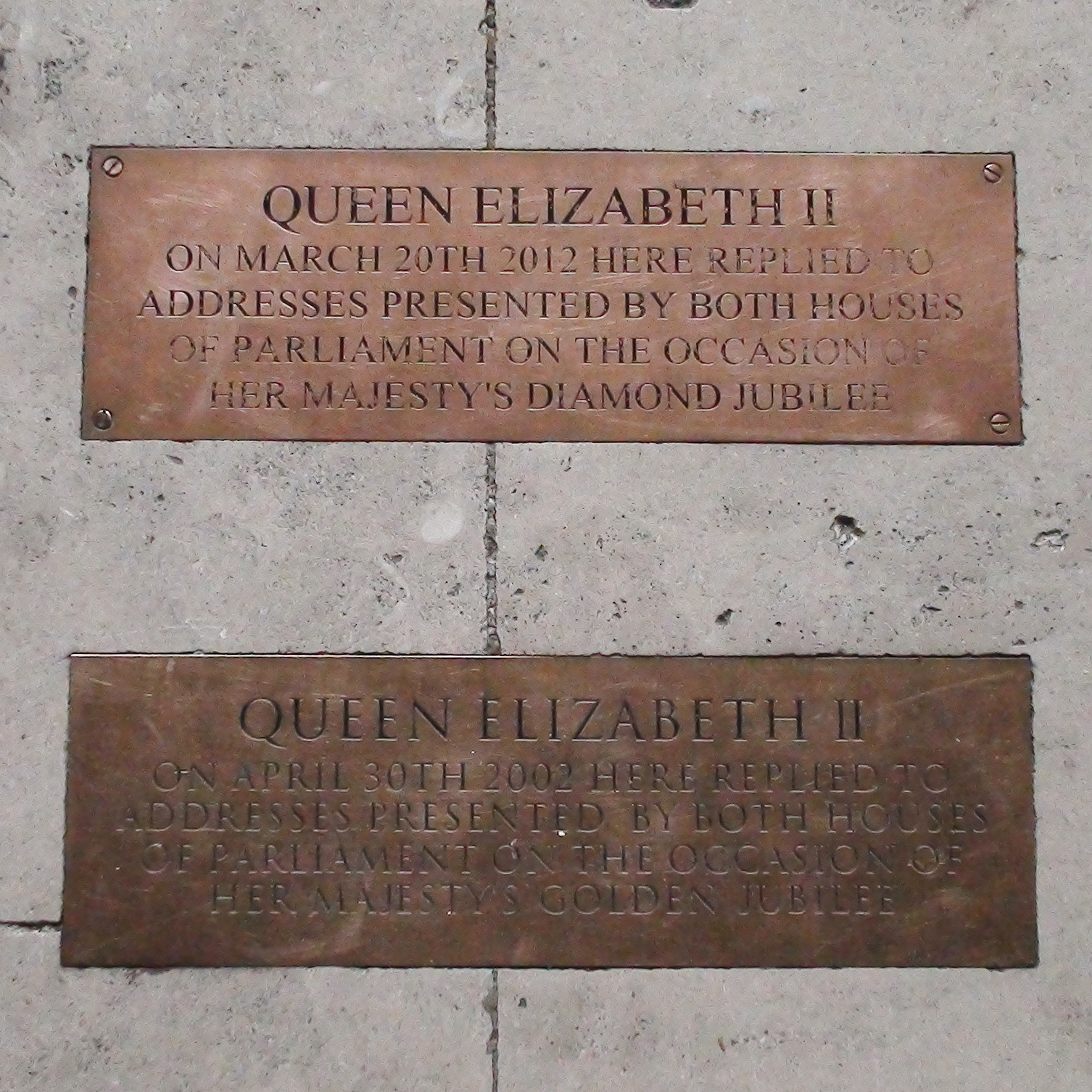 {Top plaque:}
Queen Elizabeth II, on March 20th 2012, here replied to addresses presented by both Houses of Parliament on the occasion of Her Majesty's Diamond Jubilee.

{Lower plaque:}
Queen Elizabeth II, on April 30th 2002, here replied to addresses presented by both Houses of Parliament on the occasion of Her Majesty's Golden Jubilee.

This section lists the subjects commemorated on the memorial on this page:
Westminster Hall - Elizabeth II Diamond + Golden Jubilees 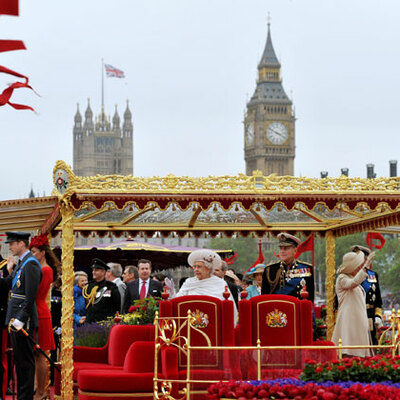 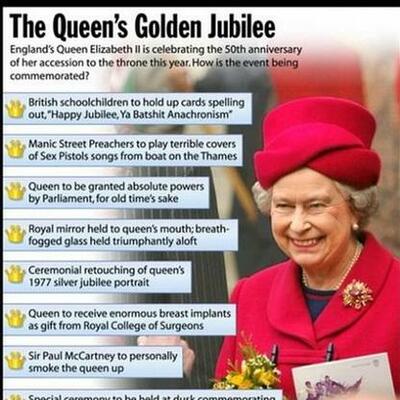 This section lists the other memorials at the same location as the memorial on this page:
Westminster Hall - Elizabeth II Diamond + Golden Jubilees 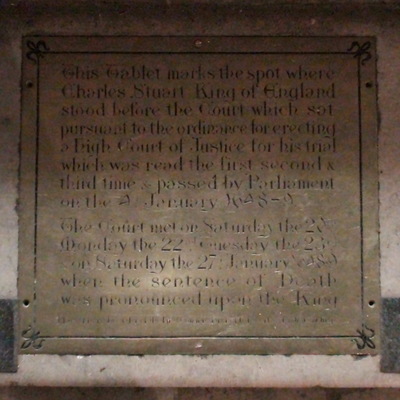 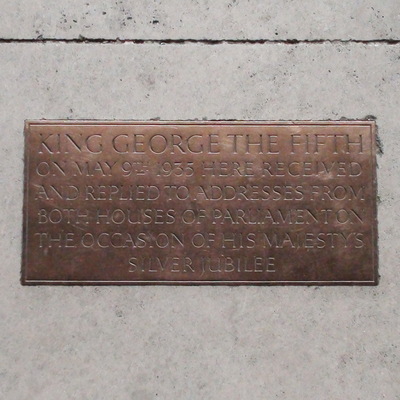 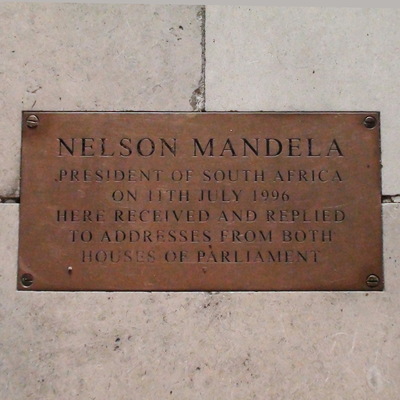 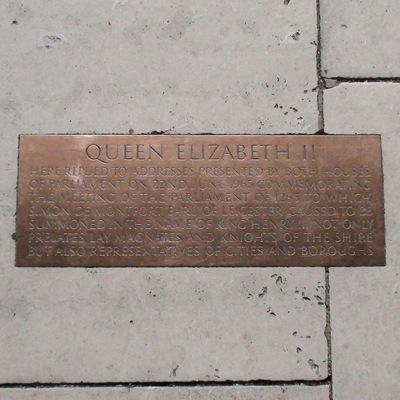 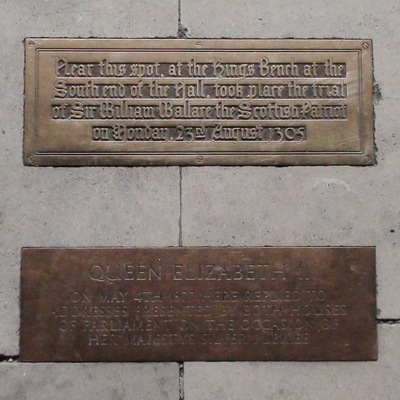 {Top plaque:} Near this spot, at the Kings Bench at the South end of the Hall... 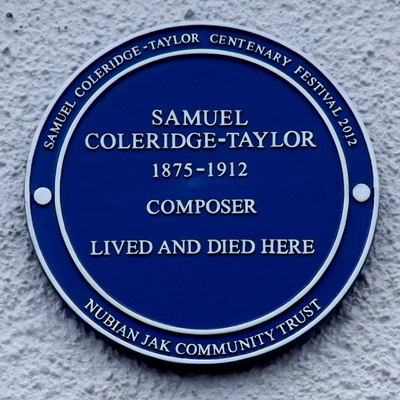 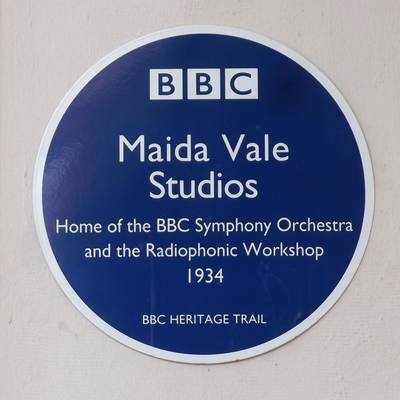 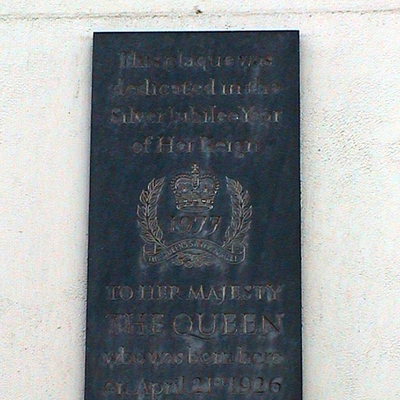 This plaque was dedicated in the Silver Jubilee Year of Her Reign. To Her Majesty, The Queen, who was born here on April 21st 1926. {In... 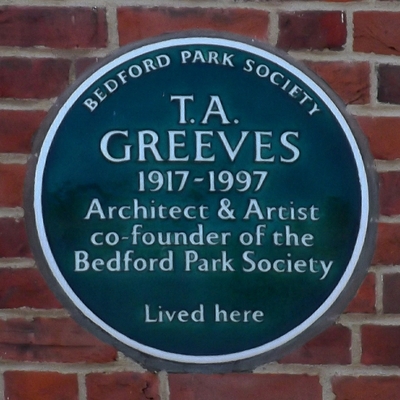 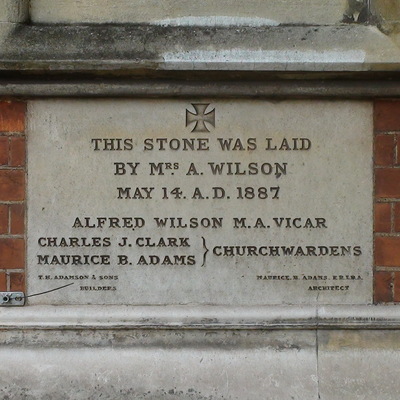 The church designed by Norman Shaw, was built in 1879. This foundation stone is for the Parish Hall and adjoining north aisle, designed b...