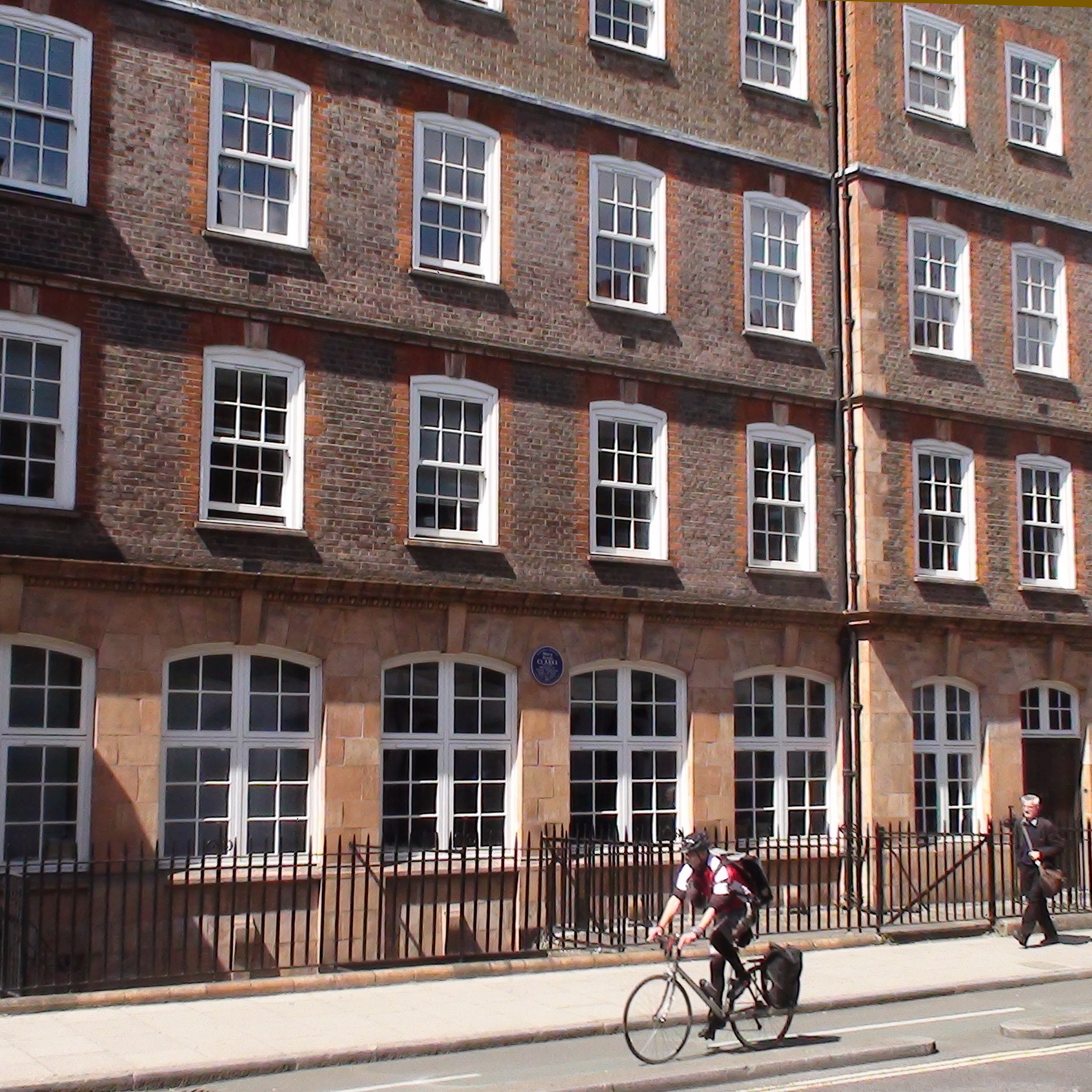 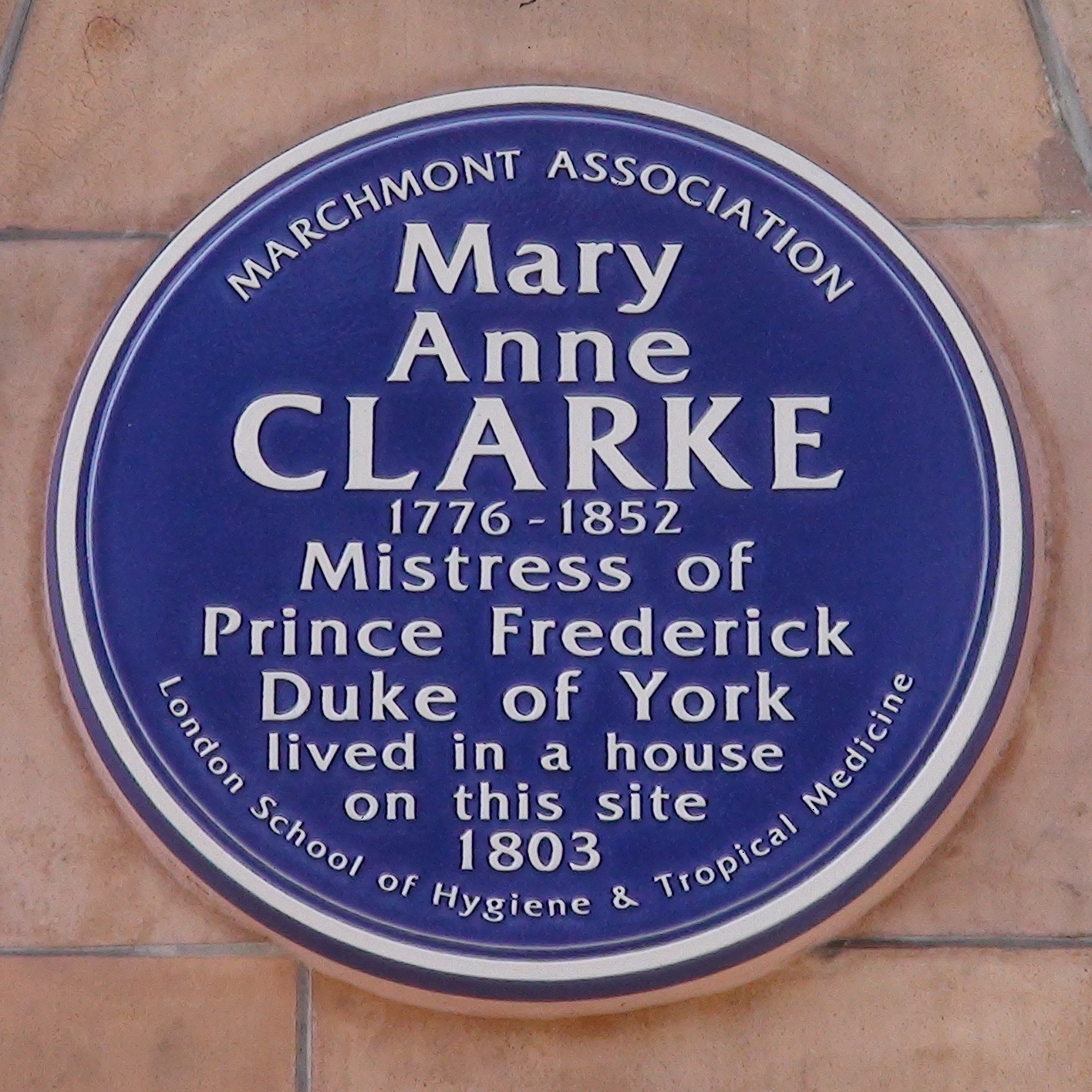 The Marchmont Association give the address at the time as 31 Tavistock Place. Old maps show a chapel (with various names over the years) very close to this site and UCL Bloomsbury says it was built in 1801 between numbers 31 and 32. The numbers currently run west to east so that would put number 31 immediately on the west of the chapel. And at Art we found a picture of the chapel showing the house next door, to the west. So we think this shows Clarke's house.

This section lists the subjects commemorated on the memorial on this page:
Mary Anne Clarke 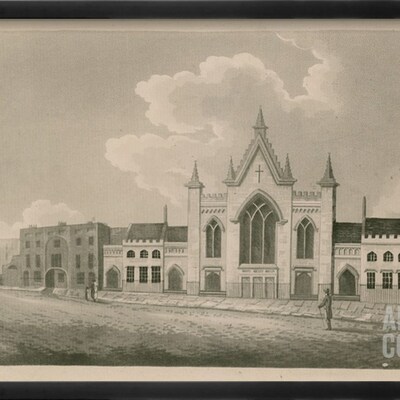 We think Clarke lived in 1803 in the house that can be seen to the left (west... 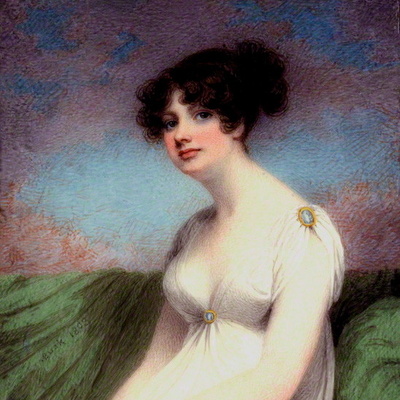 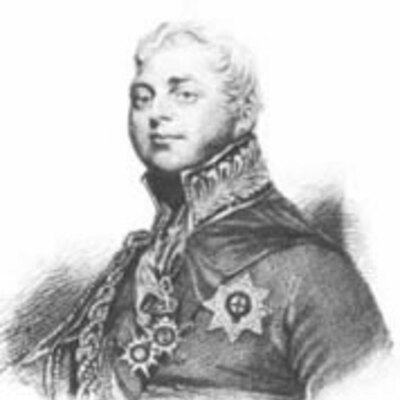 This section lists the subjects who helped to create/erect the memorial on this page:
Mary Anne Clarke

This school was founded in 1899 at the Albert Dock Seamen's Hospital by Patri... 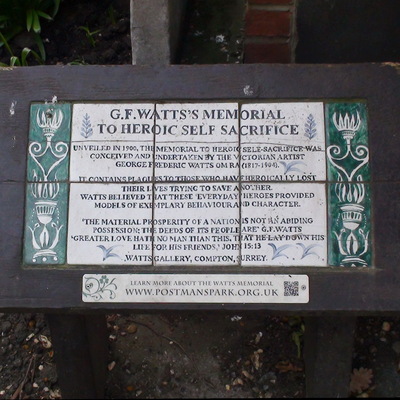 We can find no maker, nor date for the erection of this memorial, but its position (outside and to the left of the loggia), the quality o... 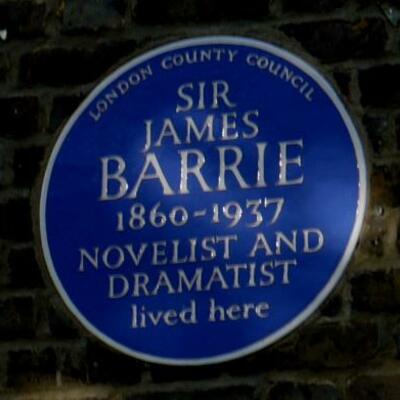 Barrie and his wife Mary Ansell lived at Gloucester Road, 1895 - 1904, when they moved here, where they stayed until their divorce in 190... 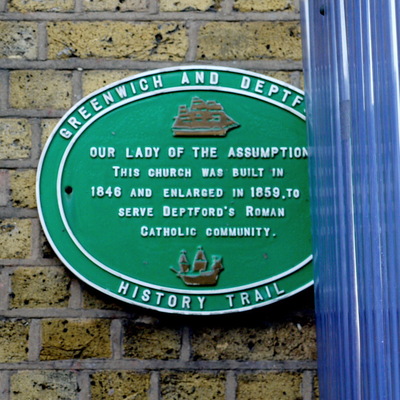 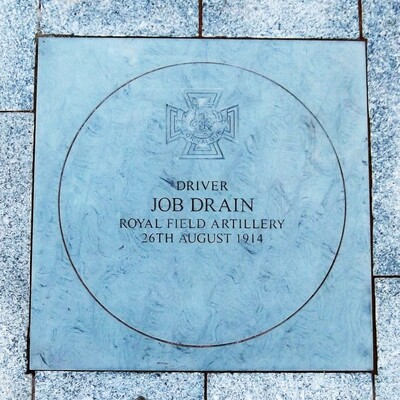 At first sight one would think this statue was created shortly after WW1 rather than in 2009. 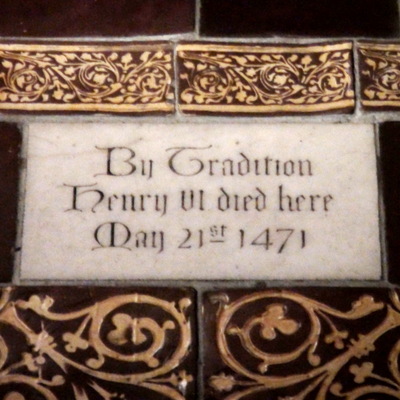 Being interior shots our photos are lower quality than usual but we think this just adds atmosphere to the murder scene. The plaque is o...