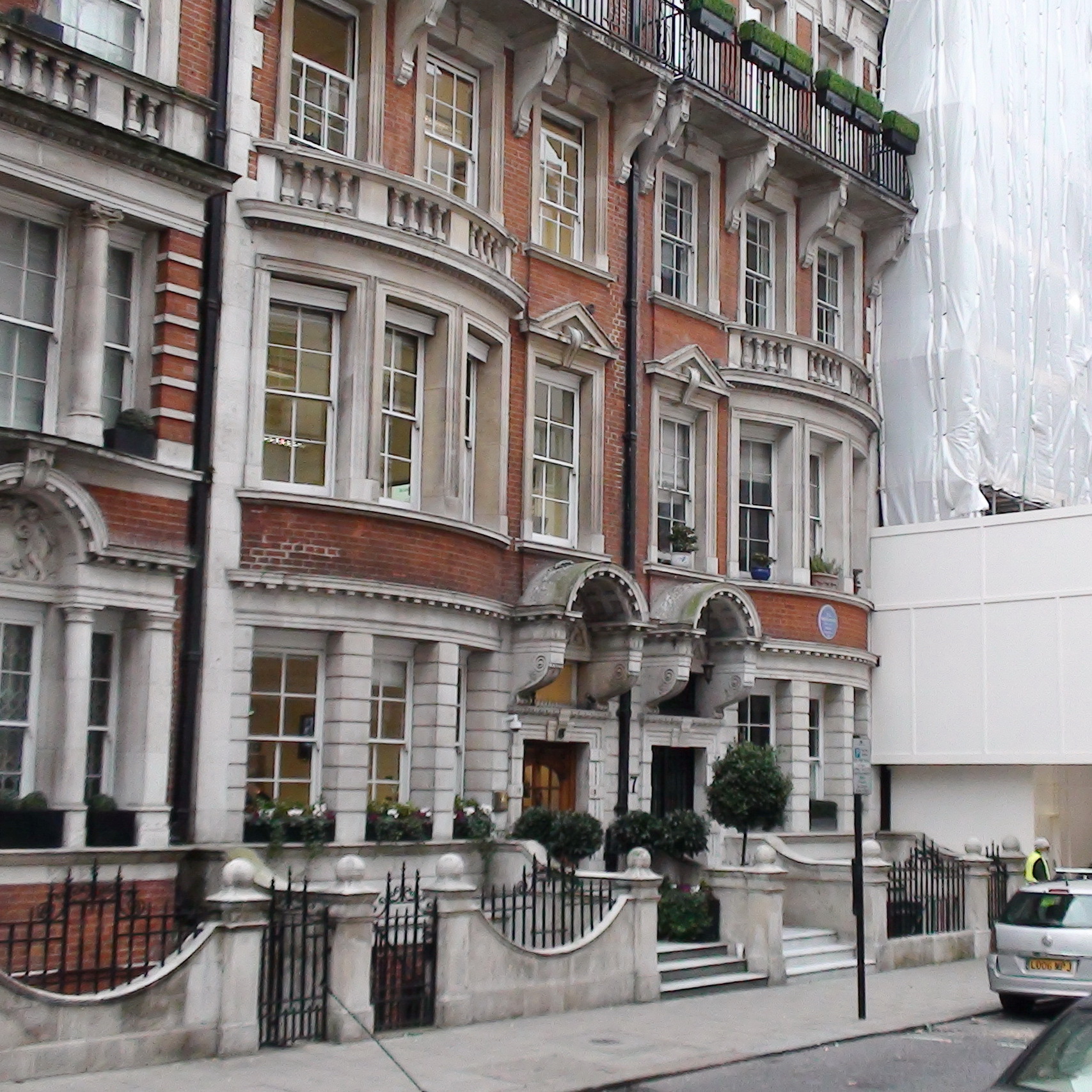 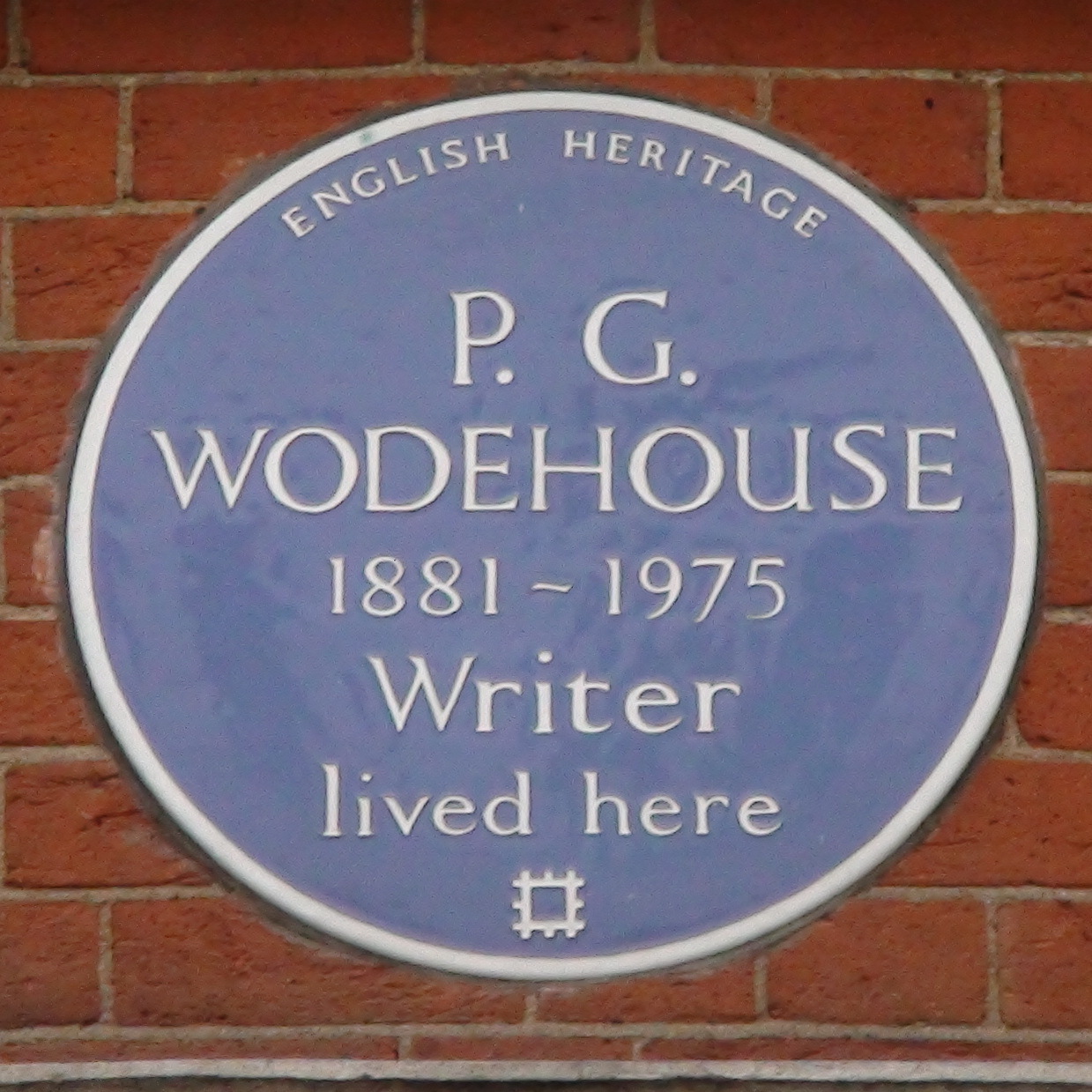 The street was laid out in the 1750s as Norfolk Street. Renamed as Dunraven Street in 1939. Wodehouse lived here with his wife and step-daughter, 1927-34.

December 2017: Billionaire.com (our daily reading) reported that the penthouse was for sale: "... also once the home of Queen Victoria’s grandson, Alexander Mountbatten, before he moved into Kensington Palace. More recently, British fashion designer Alexander McQueen bought the flat and lower floors of the building in 2008 and planned to convert it back into a single townhouse but died in 2010 before work could start."

This section lists the subjects commemorated on the memorial on this page:
P. G. Wodehouse - W1 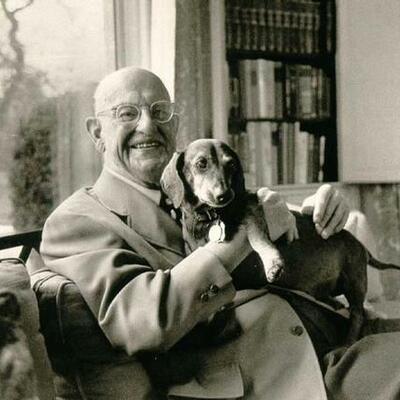 This section lists the subjects who helped to create/erect the memorial on this page:
P. G. Wodehouse - W1 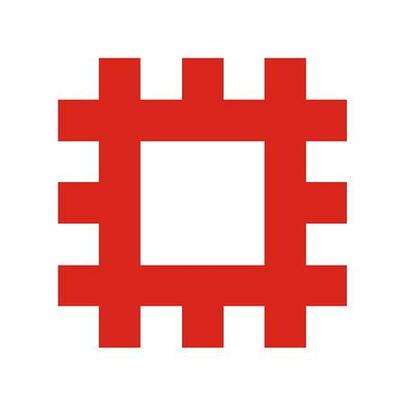 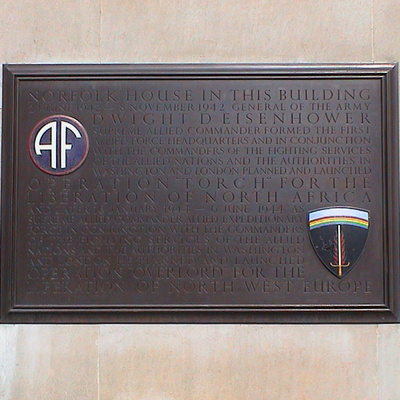 June 2020: This building has been demolished and, so far, not replaced, so we've marked the plaques as 'lost'.  Please let us know if you... 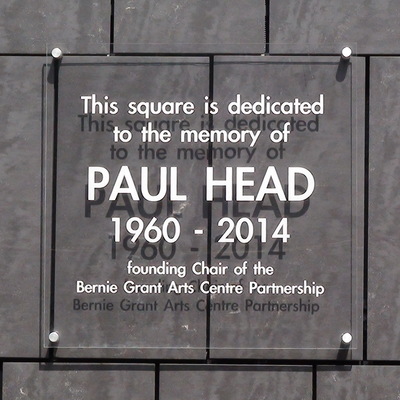 This square is dedicated to the memory of Paul Head, 1960 - 2014, founding Chair of the Bernie Grant Arts Centre Partnership. 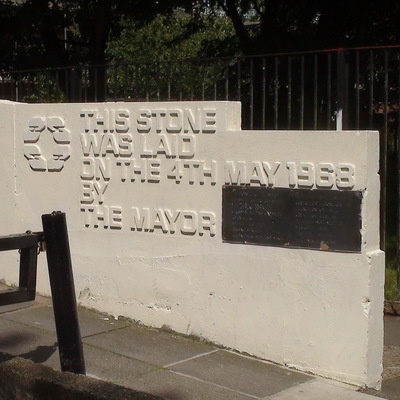 This was a good, well-designed, commemorative stone. But then (we surmise) one of the committee people realised that their efforts had ... 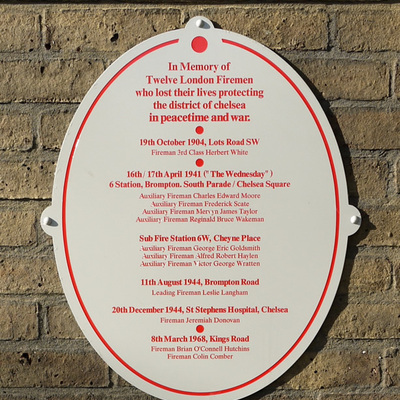 This plaque is in the same style as others erected by Firemen Remembered, although they are not acknowledged on the plaque itself. 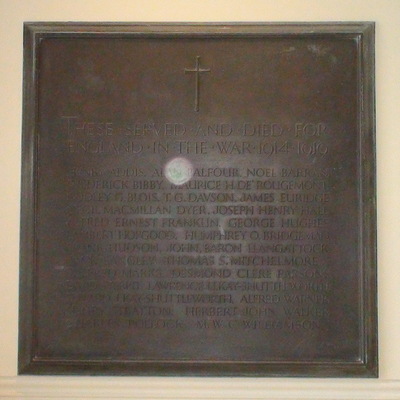 These two featured plaques are inside the porch so we had to use flash, hence the slightly odd photos. Designed by Lewis Vulliamy, built...