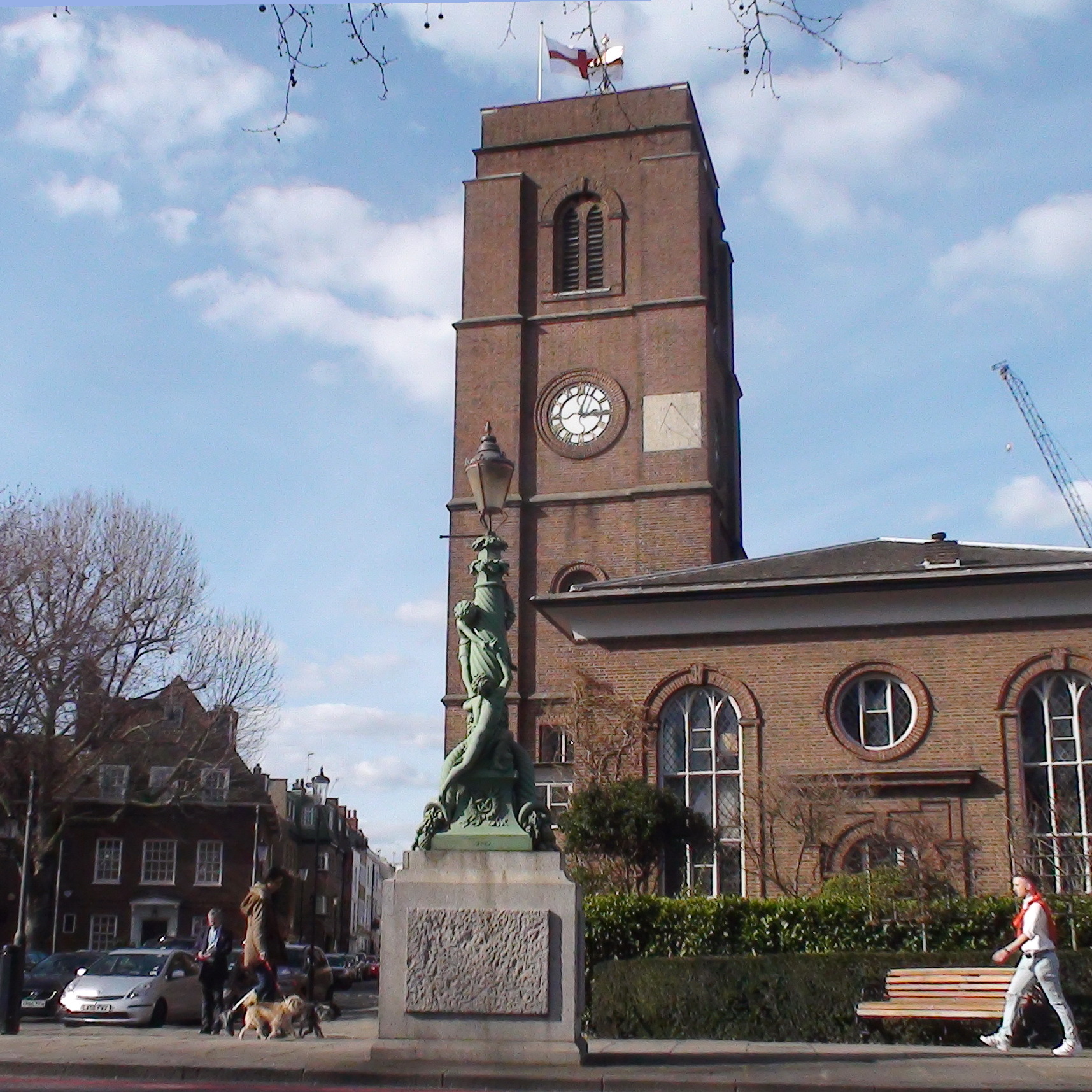 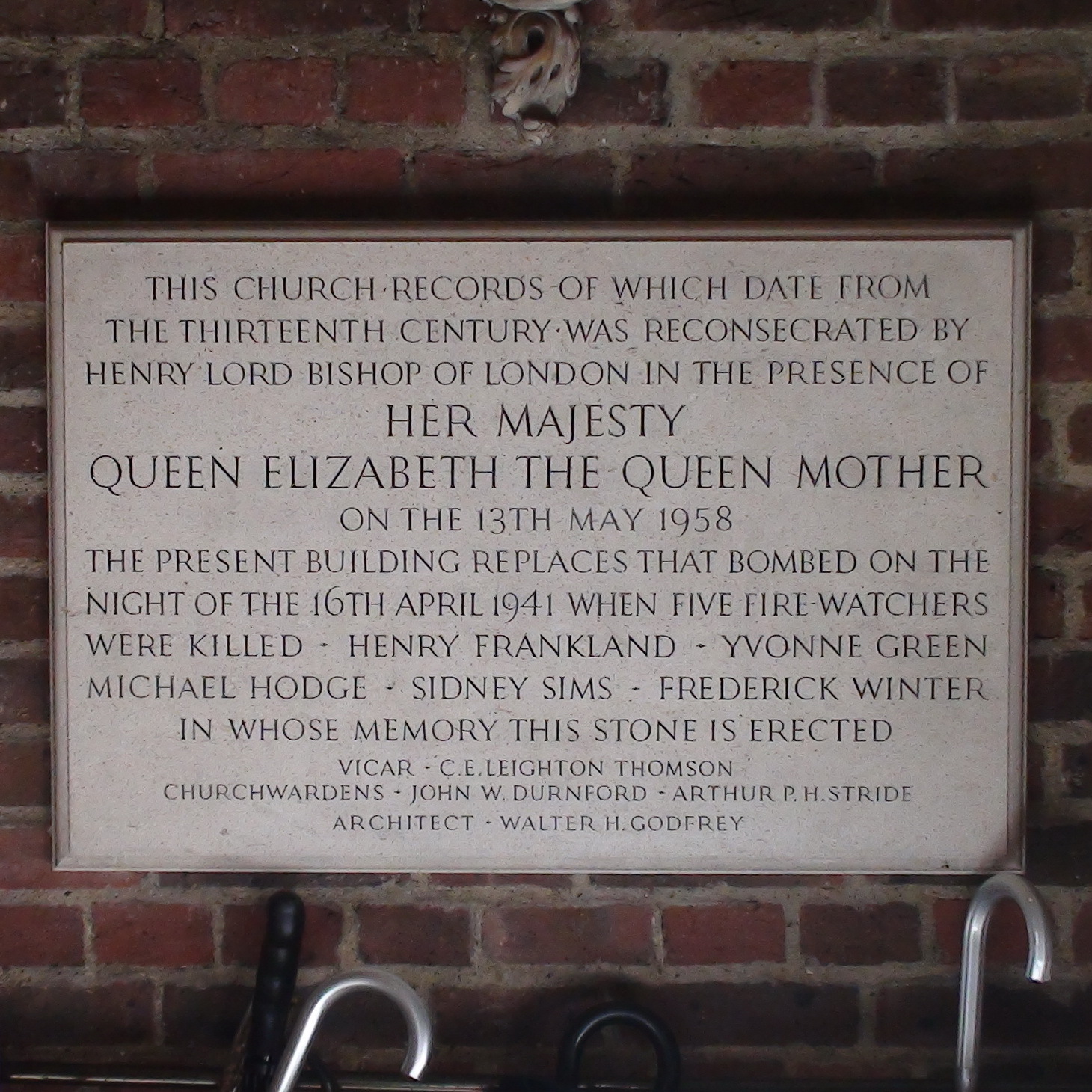 This church, records of which date from the thirteenth century, was reconsecrated by Henry Lord Bishop of London in the presence of Her Majesty Queen Elizabeth the Queen Mother on the 13th May 1958. The present building replaces that bombed on the night of the 16th April 1941 when five fire-watchers were killed - Henry Frankland - Yvonne Green - Michael Hodge - Sidney Sims - Frederick Winter - in whose memory this stone is erected.
Vicar: C. E. Leighton Thomson
Churchwardens: John W. Durnford, Arthur P. H. Stride
Architect: Walter H. Godfrey

The splendid A London Inheritance has found a booklet that was published to raise money for the rebuilding fund. That site quotes extensively from the booklet and has provided us with much of our information about the fire-watchers. The booklet is 'Chelsea Old Church : Bombing and rebuilding 1941-1950', 1957 jointly written by the vicar named on the plaque, Leighton Thomson (republished 1993). This booklet informs that the parachute mine fell at 1.20am on Thursday, 17 April 1941. The fire-watchers all went on duty on Wednesday, 16 April 1941, but they actually died after midnight.

The plaque is in the church porch.  A nearby AFS plaque for Yvonne Green references this one. Green was the only one of the five people killed who was a member of the AFS.

2018: The Library Time Machine reports on an unusual painting of the old church.

This section lists the subjects commemorated on the memorial on this page:
Chelsea Old Church 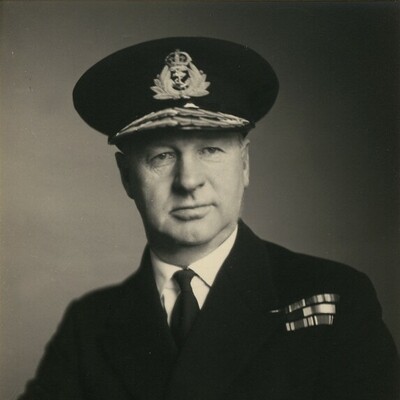 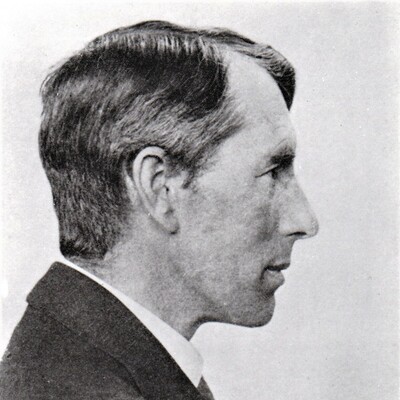 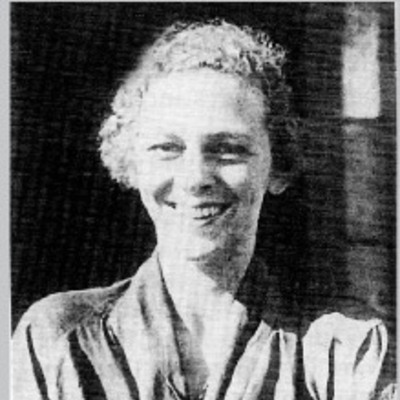 Born in Canada and married to a Canadian army officer. Living at 34 Old Churc...

This section lists the subjects who helped to create/erect the memorial on this page:
Chelsea Old Church 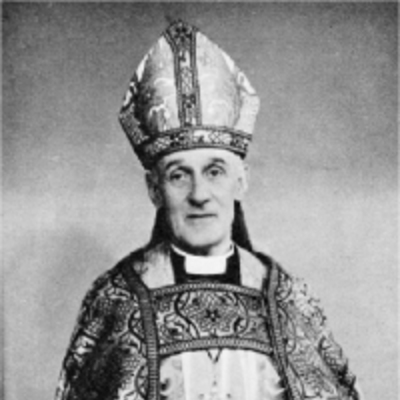 This section lists the other memorials at the same location as the memorial on this page:
Chelsea Old Church 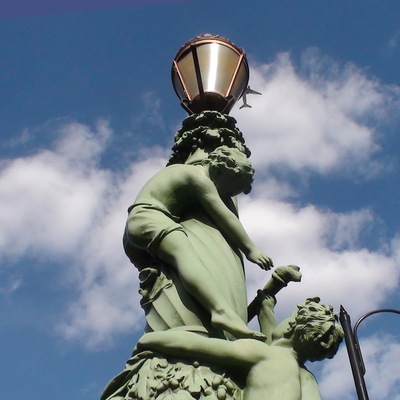 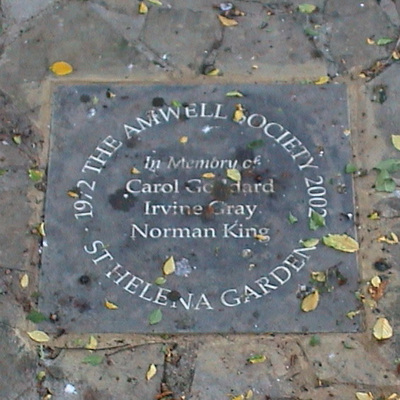 The names are of three of the founding members of the Amwell Society.  Kindersley designed and carved the stone. 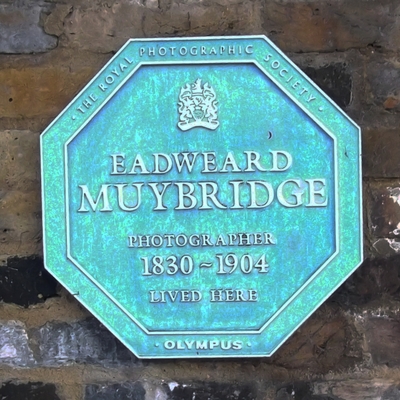 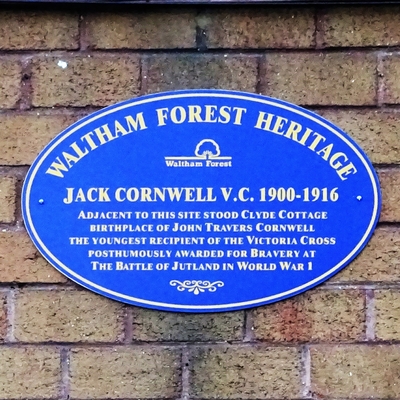 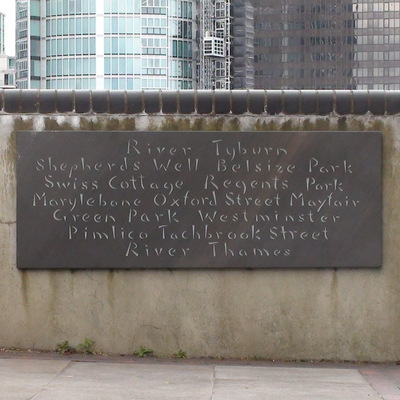 The large archway through which the piped river still occasionally flows into the Thames is actually slightly to the north-east of this p... 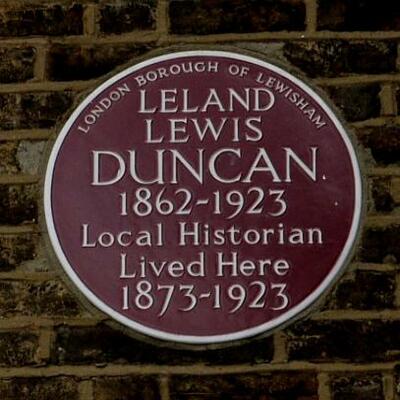