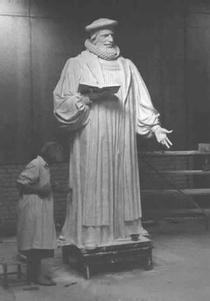 His style moved from Victorian to art deco.Other work: decorations to Thames ...