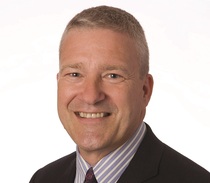 He was the son of Charles R. Head (b.1933) and Mary I. Head née Lamonby (b.1933) and his birth was registered in the Newbury, Berkshire, registration district.

In October 1988 he married Victoria M. Phillips in the Cheltenham, Gloucestershire, registration district.

This section lists the memorials where the subject on this page is commemorated:
Paul Head

From University of Southampton: "Based in a disused hostel on 125 Cannon Stre...