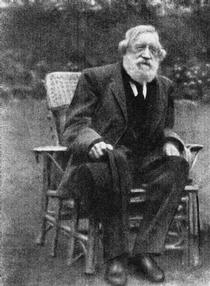 Born Stafford County, Virginia, USA. Social reformer and ethical preacher. He abandoned his Methodist ministry because of what he saw as its repression of free thought and became a Unitarian. He campaigned for the abolition of slavery in America, personally leading a group of slaves to freedom in the north.

Came to London in 1863 promoting abolition. Minister of the South Place Chapel 1864–85. He knew many of the innovative thinkers and radicals of the day: Robert Browning, Charles Dickens, Charles Darwin, Annie Besant, etc. Women were allowed to speak at his chapel and in 1868 he was a speaker at the first open public meeting in support of women's suffrage.

He then spent some time in the States and wrote a biography of Thomas Paine. 1892–7 he was Minister at the Chapel again.

Retired to Paris in the early 1900s and died alone in his Paris apartment at 5 Rue Villedo. The current home of the South Place Ethical Society, Conway Hall, is named in his honour.

This section lists the memorials where the subject on this page is commemorated:
Moncure Daniel Conway

This section lists the memorials created by the subject on this page:
Moncure Daniel Conway