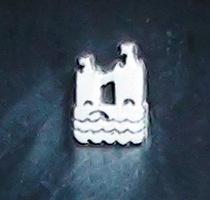 Founded  as the Enfield Preservation Society, and renamed The Enfield Society...