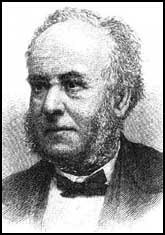 Publisher and newspaper proprietor. Born Thornton Heath. His publishing career began at the lower end with sensational stories and Charles Dickens' plagiarisms/parodies, such as 'Oliver Twiss' and other 'Penny dreadfuls'. His version of the 'Illustrated London News', 'Lloyd's Illustrated London Newspaper', became 'Lloyd's Weekly London Newspaper', a very successful Victorian newspaper. He brought in new techniques: used new printing machines, established his own mills, and even grew his own grass in Algeria. We thought news-paper was made of wood pulp but why else would he want grass?. Bought the Clerkenwell local, the 'Daily Chronicle' and transformed it into a leading London daily. The name Lloyd was so popular that the singer Mathilda Wood chose it for her new name, Marie Lloyd. Died at home, 17 Delahay Street, Westminster, where the Treasury now is.

For more information we suggest the website dedicated to Lloyd.

This section lists the memorials where the subject on this page is commemorated:
Edward Lloyd