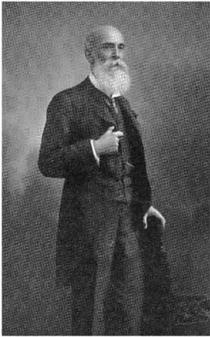 Born near Belgrave Square. The Earl of Meath was actively engaged in social and philanthropic work. He was the first chairman of the Young Men's Friendly Society, first President of the British College of Physical Education, and founder and first President of the Lads' Drill Association. Lord Meath was also the first chairman of both the London County Council Parks Committee and the Metropolitan Public Gardens Association.

In 1903 he created Empire Day, cleverly designed to coincide with Queen Victoria's birthday, on May 24. In 1958 it was renamed Commonwealth Day.

Died at his sister's home at 40 Eaton Square.

There is a memorial window dedicated to him in St. Paul's Cathedral, London.

This section lists the memorials where the subject on this page is commemorated:
Reginald Brabazon, 12th Earl Meath, KP

Botanist and horticulturist. Born at Catton, near Norwich. He was appointed a...

A member of the Executive Committee for the Great Exhibition 1851.Surveyor an...