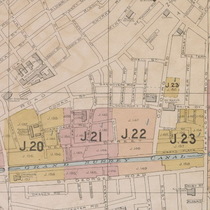 From Finlays we learn that: James Finlay (d. 1790) began his career in Glasgo...

Founded originally as "The Horticultural Society of London" by seven friends ...

From London Gardens Online: The land here was open fields until the C18th whe...