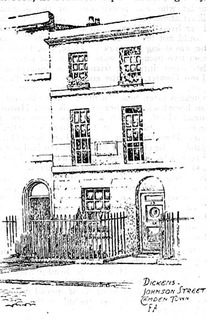 Founded by the American Rev. J. Brett Langstaff. The picture is from 1947.

The New York Times, 19 March 1922 carries a letter reporting on a performance of a play for the benefit of this library.   Written by Sir Edward Bulwer Lytton the single performance of "Not So Bad As We Seem" was cast with “distinguished amateurs" including: Ivor Novello, A. A. Milne, Sir William Orpen, Compton Mackenzie, Rebecca West, Alfred Noyes, Mrs. Asquith (Margot, wife of ex-PM, Herbert, we think) and Henry C. Dickens (grandson of Charles).  It was performed in the ballroom of Devonshire House, where, 71 years previously Charles Dickens had been a member of the original cast when the play was first presented.  (Aren’t old newspapers wonderful?)

This section lists the memorials where the subject on this page is commemorated:
David Copperfield Children's Library