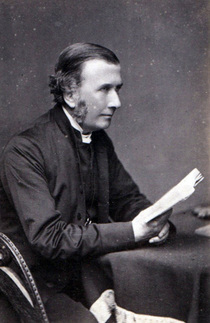 Headmaster of Harrow School 1845 – 59. Born Leicester, son of a vicar. Educated Rugby and Cambridge, became a vicar and was then elected headmaster of Harrow. Resigned that post and went on to be: bishop of Rochester (but he resigned immediately), vicar of Doncaster, Master of the Temple (London), Dean of Llandaff, president of University College, Cardiff. Died in the Llandaff deanery.

Wikipedia relates the allegation, only discovered in the 1970s, that Vaughan had a long-lasting homosexual relationship with one of the Harrow pupils, and that the father of another pupil, hearing of this, insisted that Vaughan resign from Harrow, and subsequently Rochester, or face the consequences of public exposure.

This section lists the memorials where the subject on this page is commemorated:
Charles John Vaughan

The Vaughan Library Designed by Sir George Gilbert Scott, this library was bu...

The Thoresby Society (the Historical Society for Leeds and District) have a b...

When LCC was replaced with the GLC the body responsible for education became ...