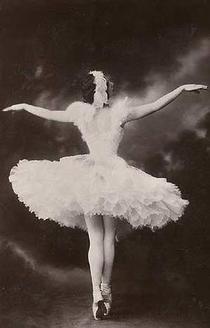 Born St. Petersburg, Russia (on 31 January according to the calendar in use at the time). In 1909 she went to Paris with the Ballets Russes tour. Moved permanently to London in 1912 and lived at Ivy House until her death. Died of pleurisy in a hotel in The Hague, Netherlands. There are two statues of her in the grounds of Ivy House. The dome of the Victoria Palace Theatre, Victoria Street, is topped with a gilded statue of her. A meringue desert was named after her.

This section lists the memorials where the subject on this page is commemorated:
Anna Pavlova

From Sadler's Wells: Sadler’s Wells began with "the discovery of a mineral sp...

Politician. Born Betty Boothroyd in Dewsbury, Yorkshire. In the 1940s she was...