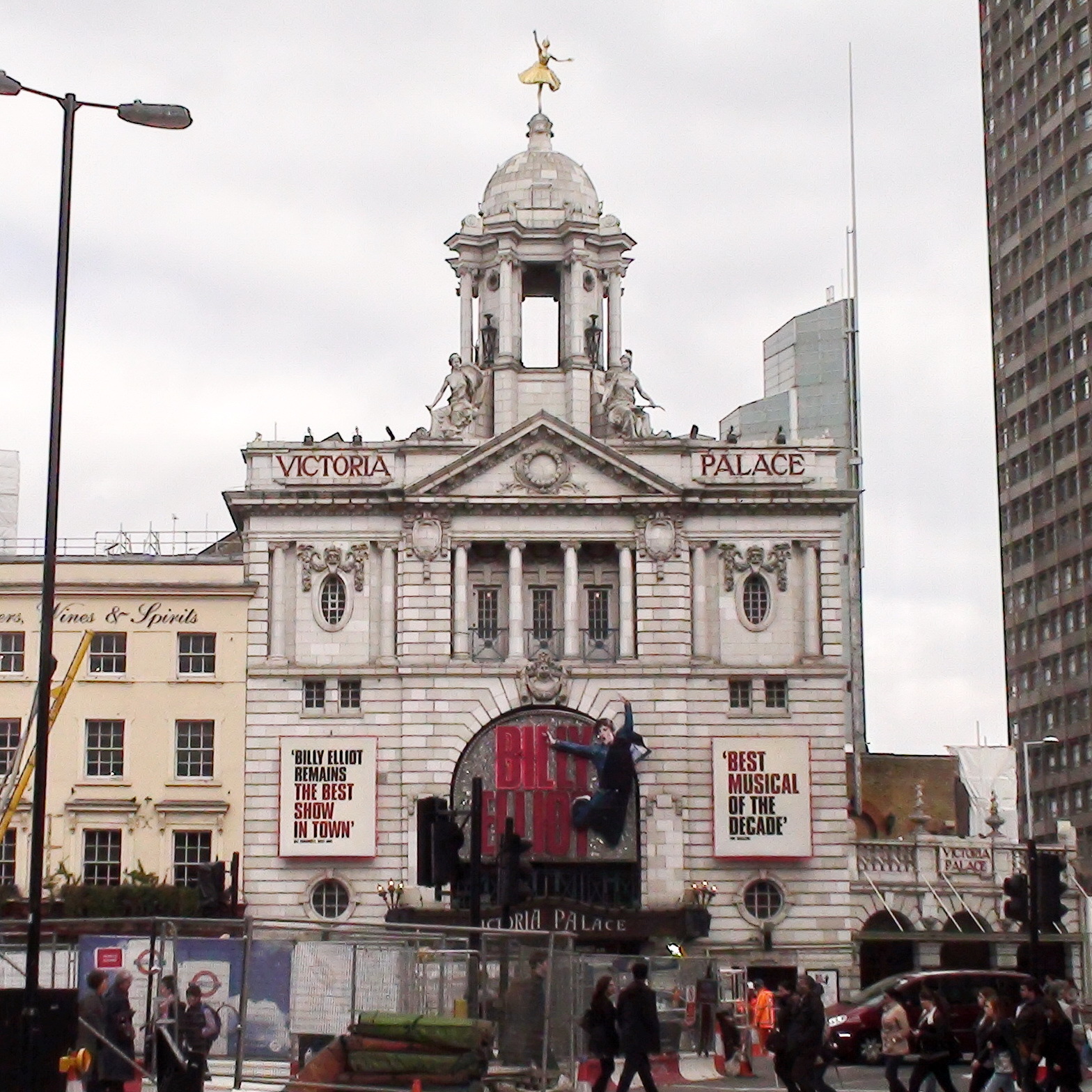 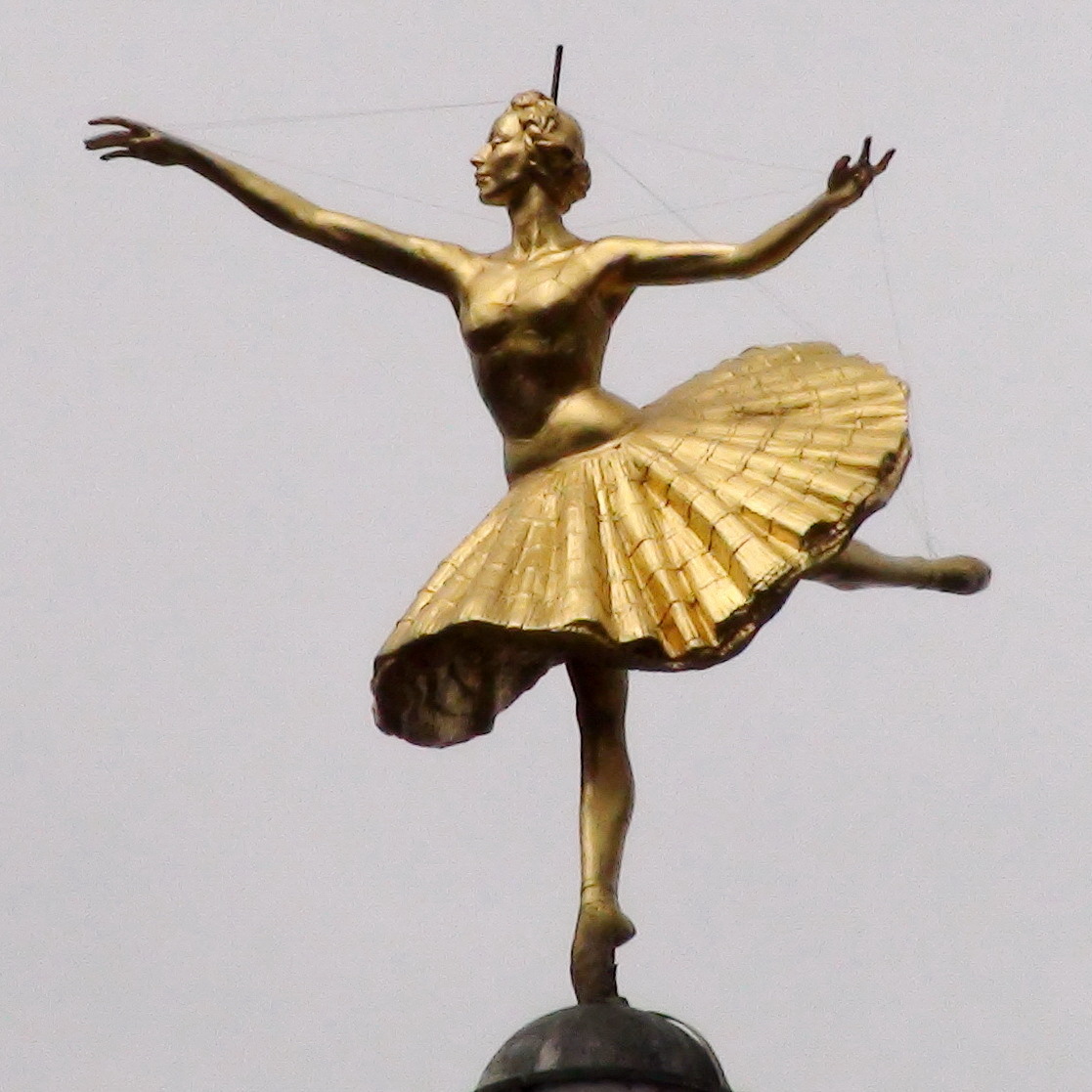 A statue of Pavlova was added to the top of this newly built theatre in 1911 to celebrate the dancer and the role that the owner, Alfred Butt, played in her career. It is said that Pavlova considered it unlucky for her to see the statue and so avoided looking at it whenever she passed.

This was one of a number of London statues which were taken down for safe-keeping in 1939, but this one did not return and is now lost. A replica was installed in 2006, along with the head spike and spider's web entangling the dancer's limbs, presumably intended to deter pigeons - and look - no pigeons!

This section lists the subjects commemorated on the memorial on this page:
Pavlova statue 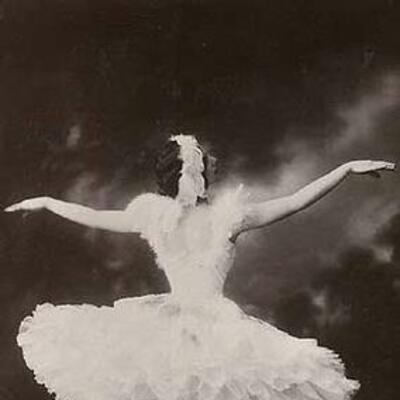 This section lists the subjects who helped to create/erect the memorial on this page:
Pavlova statue 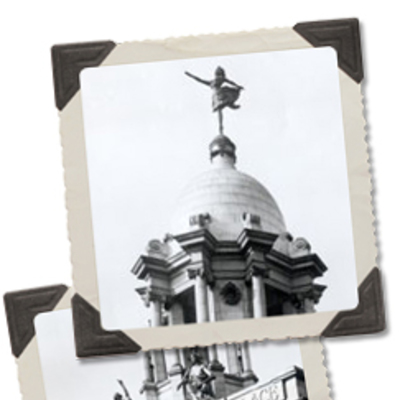 The first theatre on this site was built in 1832. The current one, designed b... 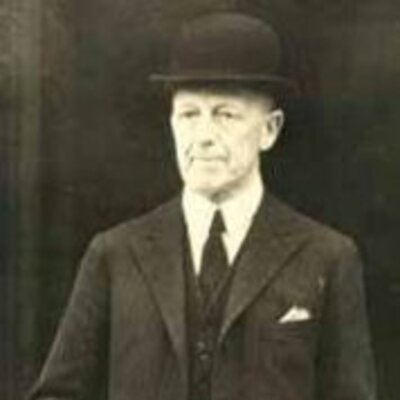 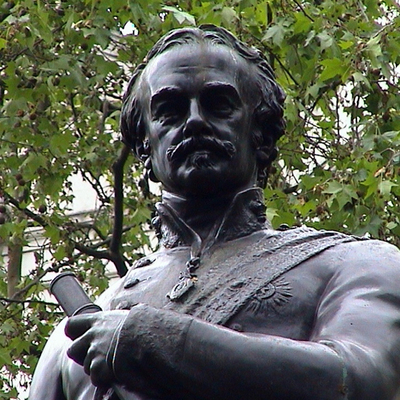 The hero of the Indian Rebellion is wearing the Star of India. 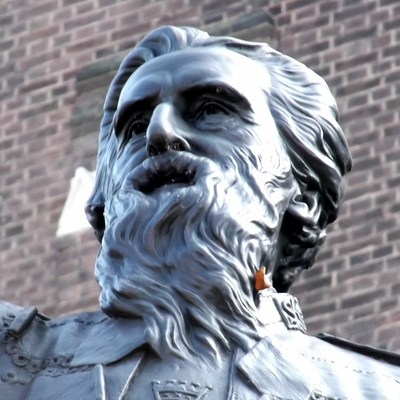 The statue was dedicated on the centenary of Booth's birth. The future Duke of Kent unveiled it when he was here to open the building. 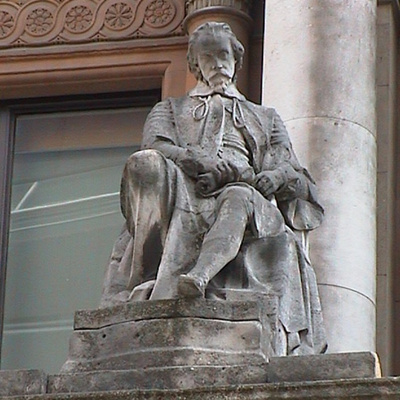 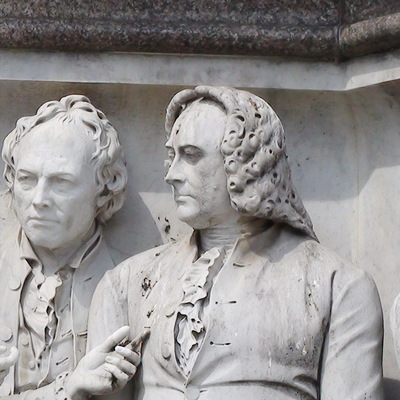 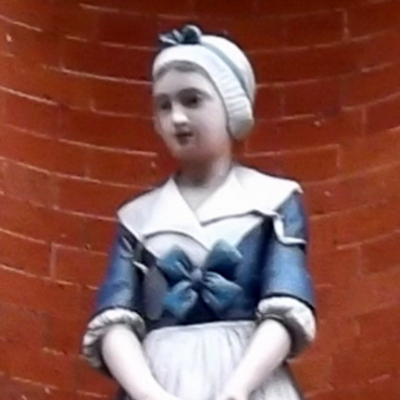