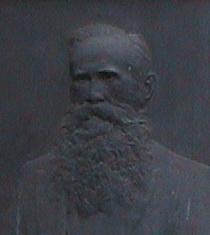 Andrew Behan has researched this man: Andrew Young was born on 28 June 1848 in Westminster, the son of James Young and Isabel Young nèe Ford. His father was a Pianoforte Maker. He was baptised on 20 August 1848 at the Scotch United Secession Church, Oxendon Street, Haymarket, London, and the family were living at 20 Holywell Street, Westminster. (An aside: At the time this street was the centre of the pornography trade and was later renamed Booksellers' Row in an attempt to escape its reputation). The 1851 census shows him living there with his parents, three older brother and two older sisters. The 1861 census records the family at 13 Park Crescent, Lambeth, whilst the 1871 census shows him living with his parents at Melrose House, Jeffreys Road, Stockwell and giving his occupation as a Surveyor, employing one man and one boy. On 23 May 1874 he married Henrietta Mary Spurrier at St Andrews Church, Burnham on Sea, Somerset and the 1881 census shows them living at Norfolk Villas, Leatherhead, Surrey with their three sons and one daughter.

The night of the 1891 census shows them visiting the home of John Murray, a physician and surgeon, at 13 Trinity Gardens, Folkestone, Kent. The 1901 census shows him as Surveyor and Valuer living at 16 North Hill, Highgate, with his wife, four sons, three daughters and two servants whilst the 1911 census shows the family still there and lists his occupation as Valuer and Surveyor for the London County Council. He and his wife had a total of ten children and nine were still living at the time of 1911 census. Probate records state that Andrew Young of Braeside, Whiteleaf, Princes Risborough, Buckinghamshire died on 3 February 1922 at the Grand Hotel, Pardigan, Var, France and that probate was granted to his widow, Henrietta Mary Young. Effects totalled £11,388-3s-8d.

This section lists the memorials where the subject on this page is commemorated:
Andrew Young

Leader of Hackney Council in 1994.  Sorry, the caption on the picture does no...

Imprisoned by Elizabeth I for plotting to take Mary Queen of Scots as his fou...