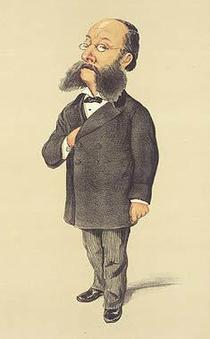 Pioneer of telegraphy and news reporting.

Born Kassel, Germany as Israel Josaphat. He set up a pigeon post service between Aachen and Brussels. Attracted by the establishment of the Dover-Calais telegraph service he came to London in 1851 and quickly set up a telegraph communications office in Royal Exchange. Initially the information transmitted was primarily stock prices. Converted to Christianity in 1845 and became a British citizen in 1857. Died Nice, France.

This section lists the memorials where the subject on this page is commemorated:
Baron Paul Julius Reuter

First daily newspaper to be published in England. Published by Elixabeth Mall...