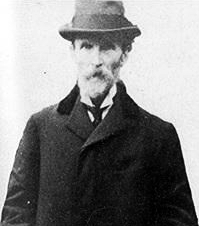 Civil servant, journalist and author. He served in the Indian Civil Service, for North-Western Provinces from 1867 to 1876, after which he worked in London as a journalist. From the 1880s onwards, he campaigned to limit advertising in the fields alongside railway lines, to save the view of the Thames from Richmond Hill, and similar causes. In 1903, he was the principal founder of the John Evelyn Club, now known as the Wimbledon Society. In World War I, he co-founded the Wimbledon and Merton Refugee Fund which supported exiled Belgians.

In George Gissing's 1894 novel 'In the Year of Jubilee' a brash young go-getter promotes the advertising which Evans was so against: "There was a spot down the South Western Railway where we wanted to stick up a board,a great big board, as ugly as they make 'em. It was in a man's garden; a certain particular place, where the trains slow, and folks have time to read the advertisement and meditate on it."

This section lists the memorials where the subject on this page is commemorated:
Richardson Evans

A centre for theatre, poetry, film, happenings and arts of all kinds. Origina...

Now known as Nunhead cemetery, it was one of the so-called 'magnificent seven...