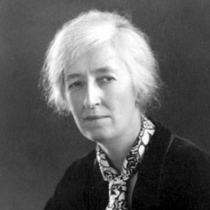 Socialist and pacifist. Born Ada Brown at Raunds, Northamptonshire. She joined the West London Mission to work among the London poor, and in 1897 transferred to the Bermondsey Settlement, where she met and later married Alfred Salter. They had one child, Joyce, who died young.  In 1909 she became the first woman councillor in London. and in 1919 was appointed Mayor of Bermondsey, making her the first female Labour Mayor in the British Isles. Elected to the London County Council in 1925, she became chair of the Parks Committee and worked on behalf of the introduction of a Green Belt. Died in Balham.

Friends of the Royal London Hospital

Society for the Protection of Ancient Buildings

Founded by William Morris, Philip Webb and others associated with the Pre-Rap...

An international organisation with the purpose of bringing together business ...