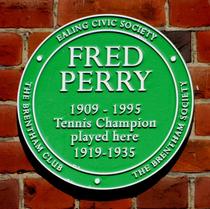 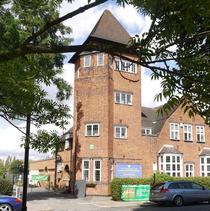 The club is located in Brentham Garden Suburb, which was the first garden suburb in London, constructed in cooperative principles. It was built between 1901 and 1915.

This section lists the subjects commemorated on the memorial on this page:
Fred Perry - Meadvale Road

This section lists the subjects who helped to create/erect the memorial on this page:
Fred Perry - Meadvale Road

A registered charity. Established a year after Brentham Garden Suburb was des...

Borough of St MaryleboneThis stone commemorates the building of the first mun...

By resolution of the University College Committee of the Sixth of June 1933 t...