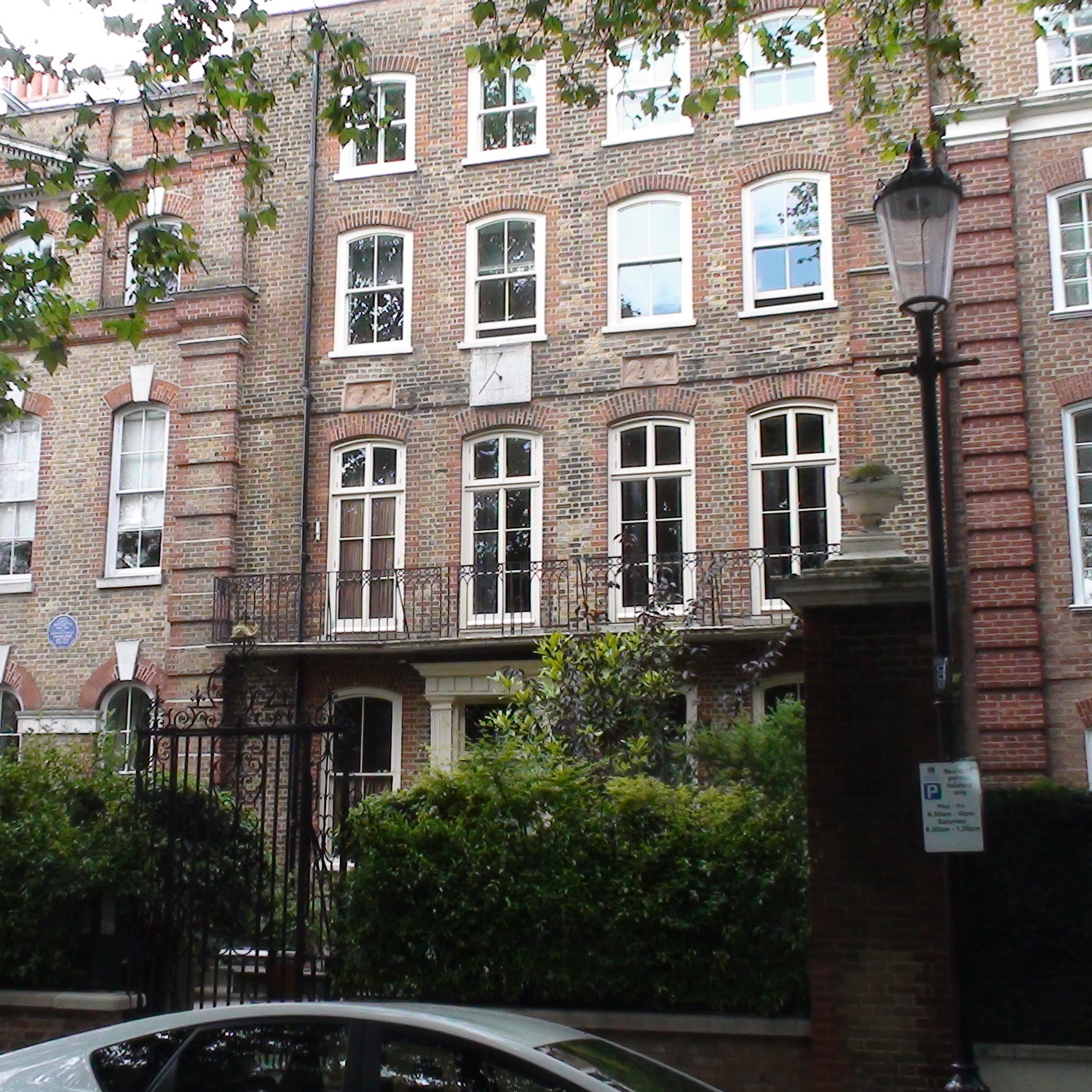 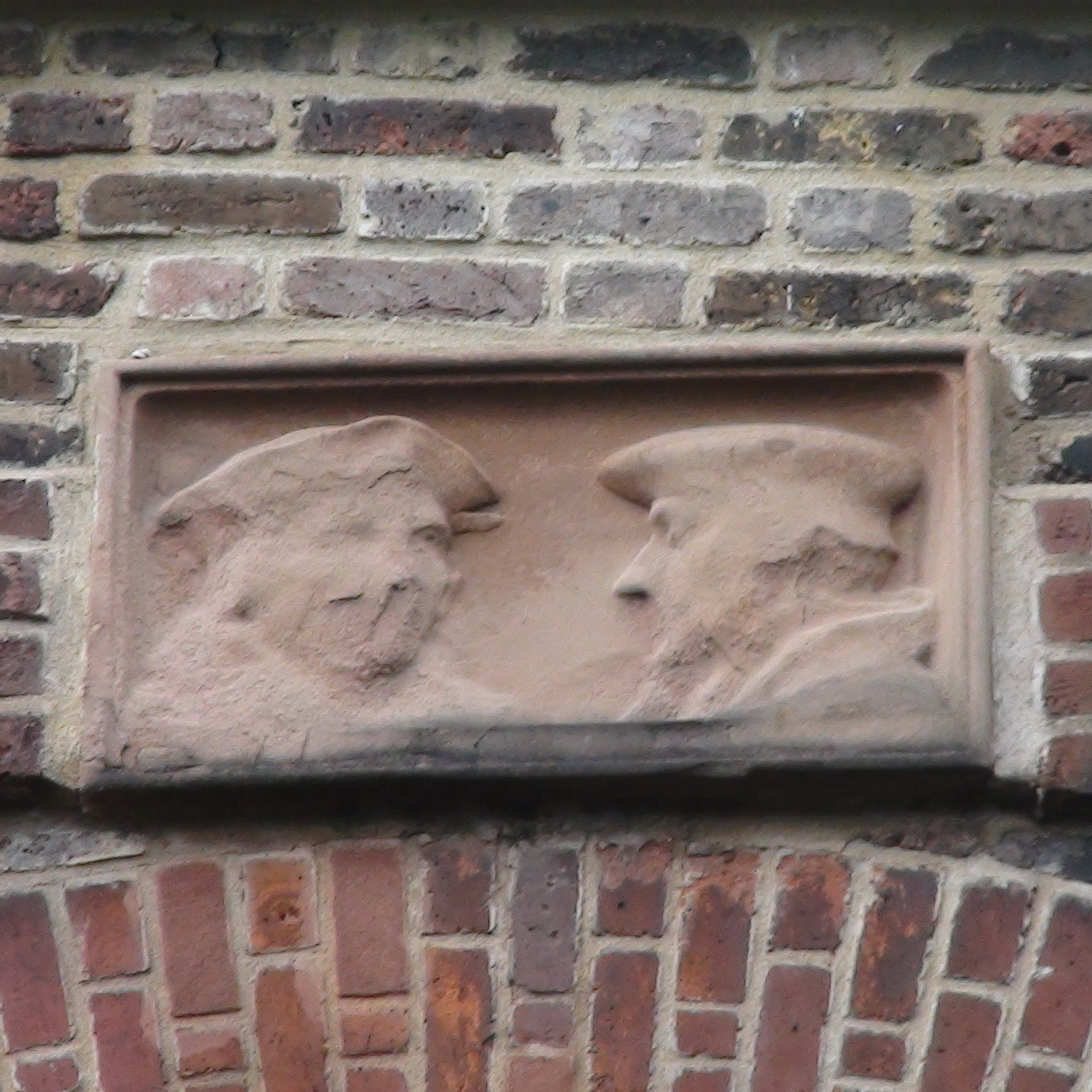 No inscription remains legible but we believe we've found the painting used as the model for the head on the right and it's Erasmus.  So we are plumping for: More on the left and Erasmus on the right.

So that's the heads identified. Only two questions remain: who sculpted them? and why these 4 men rather than anyone else?  We cannot discover the name of the sculptor but the other question turns up an interesting result.

So each panel shows the patriarch of a Chelsea household alongside a very good, foreign, friend who was often"put up" in that household.  This pair of paired portraits commemorates, not just 4 illustrious men of history, but also long-lasting male friendship across national borders.

This section lists the subjects commemorated on the memorial on this page:
Cheyne Walk heads - More and Erasmus 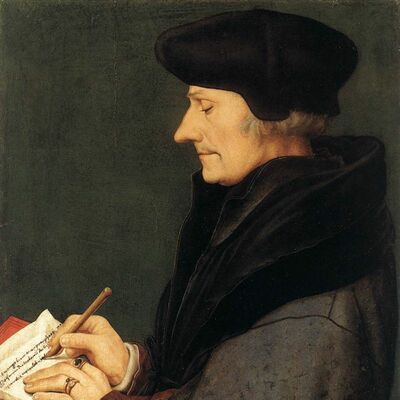 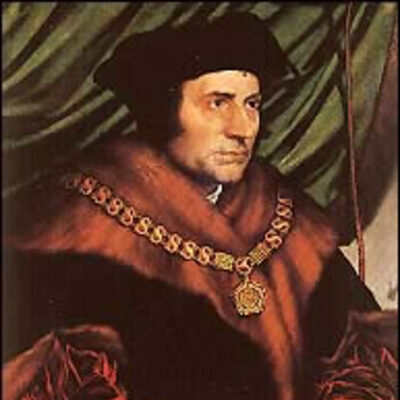 This section lists the other memorials at the same location as the memorial on this page:
Cheyne Walk heads - More and Erasmus 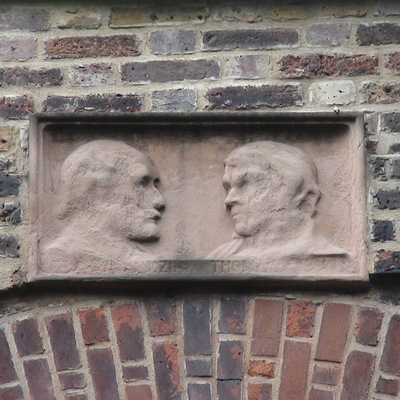 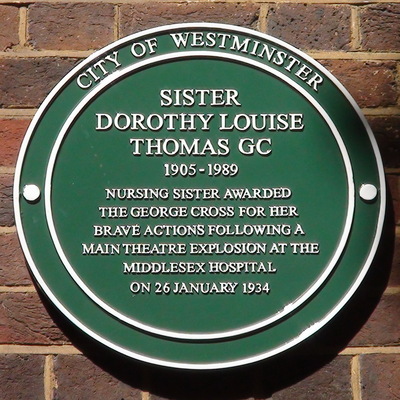 At Lost Hospitals we learn that this was a Nurse's Home, opened in 1931.  So it's where Sister Thomas lived, not where she displayed her ... 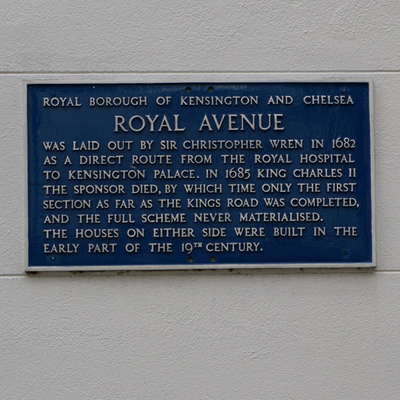 The plaque is actually in Royal Avenue on the side of this building. Note: Unusually traffic travels anti-clockwise around Royal Avenue. 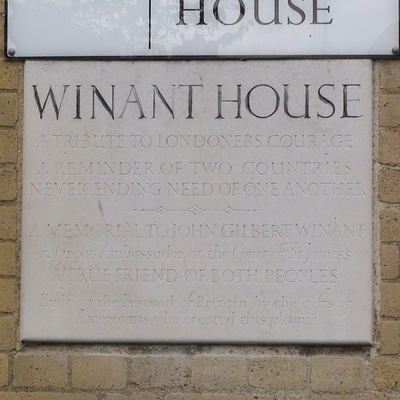 In our photo the Hamilton plaque is on the wall just to the left of the left-most bollard; the Winant plaque is one of the three white pl... 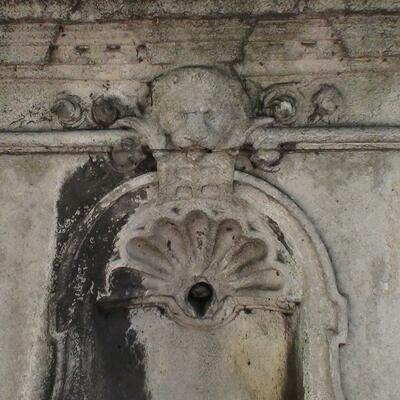 The piers on either side of the path look like gate-posts but there's no evidence of any gates ever having been attached. Each of the pie... 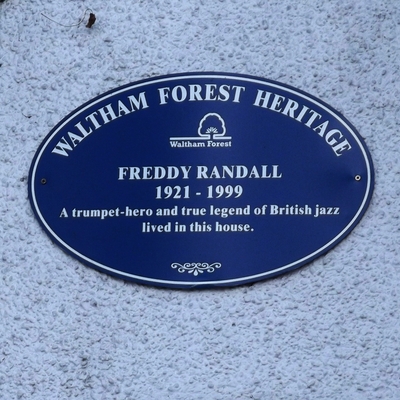