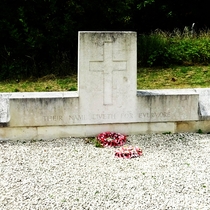 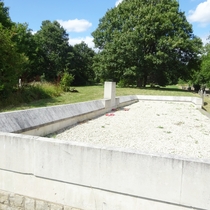 {On a central panel with a cross:}
Their name liveth for evermore.
{Surrounded by 34 panels containing 111 names. See Subjects commemorated}.

The names commemorate those who are buried in the cemetery without individual headstones, so some have accompanying touching epithets which we have also transcribed.

This section lists the subjects commemorated on the memorial on this page:
Brockley and Ladywell Cemetery WW1 - casualties

James Robert Ashby was born in Rickmansworth, Hertfordshire, the second of th...

Frederic Thomas Atkinson was born in Crewkerne, Somerset, the sixth of the ni...

A résumé of this man's life can be found on the Spratton Local History Societ...

There are several names at the bottom of the memorial which are not in alphab...