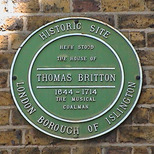 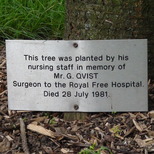 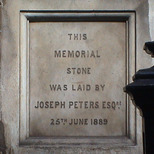 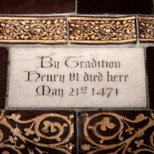 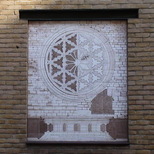 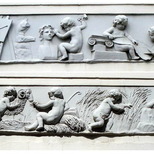 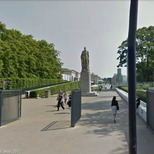 Possibly the first war memorial was the one for the Spartans lost at Thermopylae in 480 BC, an epigram by Simonides engraved on a stone placed on the hill where they died: "Go tell the Spartans, stranger passing by, That here, obedient to Spartan law, we lie."

Ford Madox Ford wrote [7] that London “cherishes less than any other town the memory of its mighty dead.  … its commemorative tablets, on house fronts, are no more to be read than any epitaphs in any churchyards.”  Robert Musil [1] believed that nothing is as invisible as a public monument, and one of Alan Bennett’s characters concurs: "There’s no better way of forgetting something than by commemorating it." [2] Much earlier Pope, protective of poets’ incomes, declared that patrons “Withhold the pension, and set up the head" (don’t pay agreed fees and erect busts instead) [3]

But once you start noticing memorials they are everywhere. One of Julian Barnes' characters comments on how he has started noticing things since he has been in love.
"I start seeing things I never would have noticed before. You know how you can walk along a street in London and never raise your eyes above the top of a bus? You go along, and you look at the other people, and the shops, and the traffic, and you never look up, not really up. I know what you're going to say, if you did look up you'd probably step in a pile of dog turds or walk into a lamp-post, but I'm serious. I'm serious. Raise your eyes just that little bit more and you'll spot something, an odd roof, some fancy bit of Victorian decoration. Or lower them, for that matter. The other day, one lunchtime in fact, I was walking up the Farringdon Road. All of a sudden I noticed something I must have walked past dozens of times. A plaque set in the wall at shin height, painted cream with the lettering picked out in black."[4] 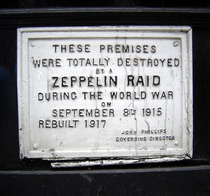 We have also walked that section of Farringdon Road - click on the picture of the plaque here for more information.

Bennett has more to say on memorials: In a discussion about Hardy’s poem on the burial of a Wessex lad in Africa, ‘Drummer Hodge’, it is noted that the fallen soldier has a name, Hodge. The Boer and Zulu wars “were the first campaigns when common soldiers were commemorated. The names of the dead were recorded and inscribed on war memorials. Before this private soldiers were all unknown soldiers and, so far from being revered, there was a firm in the 19th century in Yorkshire which swept up their bones from the battlefields of Europe in order to grind them into fertilizer.” {5}

Memorials can have a profound effect on the passer-by. Traudl Junge was Hitler's private secretary from 1942 until he committed suicide in 1945. In a documentary film she talks movingly about her shock and horror as, after the war, the true nature of Hitler's regime became known: "I wasn't able at first to see the connection with my own past. I still felt somehow content that I had no personal guilt and had known nothing about it. . . . . but then one day I was walking past the memorial in Franz Josef Street {Munich} to Sophie Scholl, a young girl who opposed Hitler, and I realised that she was the same age as me and that she was executed the same year I started working for Hitler. At that moment I really sensed that it is no excuse to be young, and that it might have been possible to find out what was going on." [6]

Since writing this text we have read an interesting Guardian article on the war memorials in London. And another Guardian article arguing that we do not need more statues. Osbert Sitwell agreed, recommending: "A Controller of Inanimate People should be appointed by the Government or municipality: an official who, if not actually empowered to destroy, should at any rate have fully conferred upon him the right to segregate, remove and intern. London squares, parks and open spaces must be cleared once every five years..." [8].

Following the Black LIves Matter protests statues are being thought about and written about as never before. Gary Younge has written a 'long read' in the Guardian with the provocative title 'Why every single statue should come down'.