An information board “Docklands Heritage – Deptford River Walk” gives a good introduction to the area so we have transcribed it:

"Alongside the Dockyard a Navy victualling and supply centre grew up on what is now the Pepys Estate. Navy victualling contractors used the site, known then as the ‘Red House’ {part of John Evelyn's estate}, in the 17th century, and in 1742 the Navy Victualling Office moved here permanently from Tower Hill. Over the next century the Deptford Victualling Yard grew into the largest Home Victualling Establishment. Ship’s biscuit, mustard, pepper and chocolate were all manufactured on site; in fact ‘Red House Biscuit’ became a common Naval term. There was a large slaughterhouse and meat-salting complex, together with a cooperage where barrels were made, and vast quantities of clothing, food, medical supplies and rum were stored. One of the rum vaults alone held 32,000 gallons! The Yard was renamed the Royal Victoria Yard after a visit by Queen Victoria in 1858, and two years later it grew to its largest extent – 35 acres. Although the Dockyard closed in 1869 the Royal Victoria Yard survived for nearly 100 years, finally closing in 1961.

A number of attractive Victualling Yard buildings, dating from the late 18th century, were retained when the site was redeveloped in the 1970s. They include the Gates and Porter’s Lodge, the Officers’ Houses and the Storehouse for rum, clothes and other supplies. Their presence maintains a visible link with Deptford’s Naval past.”

The first half of the information board is about the Royal Naval Dockyard so we have placed that text there.

This section lists the memorials where the subject on this page is commemorated:
Victualling Yard, Deptford 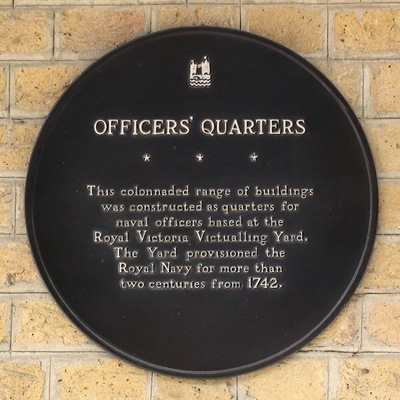 Officers' Quarters This colonnaded range of buildings was constructed as quar... 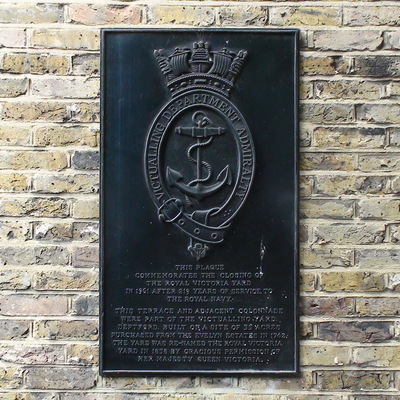 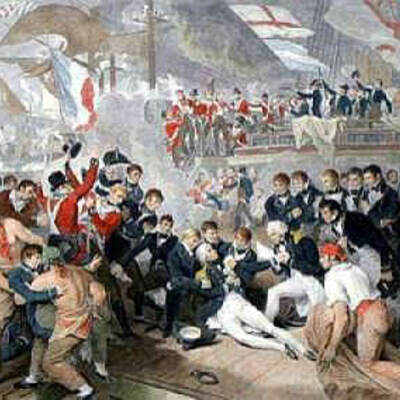 Naval officer.  Born Ireland, Co. Wicklow.  "Royal naval biography; or, Memoirs of ..." has a full biography.  Lieut-Governor of Greenwich Hospital, where he died. The Greenwich monument has his n...