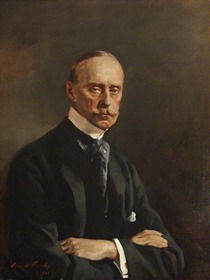 Engineer who married money and then made lots more. Born England. Studied civil engineering and gained expertise in the Shone sewer system which took him to Massachusetts to manage its installation in Fairhaven, the home-town of self-made millionaire industrialist Henry Huttleston Rogers. Of course he fell in love with one of the daughters, Cara, and they were married in New York in 1895. They went on to have two sons, Urban (known as Huttleston) and Henry.

The family spent over 25 years in America, mainly in Chicago, where Urban became the president or director of a variety of engineering companies and made a fortune. 1912 returned to live in Mayfair and Urban entered politics and was a Conservative MP 1915-18. Urban and Cara were both active in supporting Britain in WW1. Lived at Park Close, Englefield Green and Park Street, Mayfair.

Died when he was about to be elevated to the peerage so his wife was created Lady Fairhaven, and their eldest son, Huttleston, the first Baron Fairhaven.

This section lists the memorials where the subject on this page is commemorated:
Urban Hanlon Broughton

The original bridge was designed by William Tierney Clark, and was the first ...

A Writer/Chief Engineer's Clerk on the RMS Titanic. A full résumé of his life...