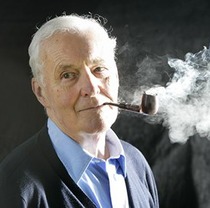 Born as Anthony Neil Wedgwood Benn. Labour politician. Inherited a title in 1960 on his father's death, Viscount Stansgate. This forced him out of the House of Commons so he fought to have the law changed to enable him to renounce the title, which he managed in 1963. The term 'Bennite' came to mean someone who shared his radical left-wing views.

On his death his son Stephen, a scientist, inherited the Stansgate title.

This section lists the memorials created by the subject on this page:
Tony Benn

See Davison's page for an explanation of this plaque. While still thinking a...

Thomas Rainsborough was buried in this churchyard on the 14th November 1648 a...

Numbers 20-21 Wellclose Square which housed this consulate no longer exist so...