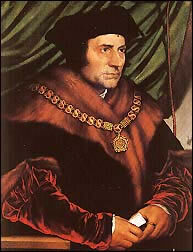 Born Milk Street. In conflict with Henry VIII over religion he was imprisoned in the tower, found guilty of treason and beheaded on Tower Hill. Final words: "The King's good servant, but God's First."

As a traitor, his head was displayed on a pike at London Bridge for a month. His daughter, Margaret, later rescued the severed head and it is believed to rest in the Roper Vault of St Dunstan's Church, Canterbury.  Alternatively it may be buried within the tomb erected for More in Chelsea Old Church. A third, unlikely, story is that John Donne's mother, Elizabeth, who was a great-niece of Thomas More, carried his head around with her.

A very good friend of Erasmus who often stayed with More in Chelsea.

This section lists the memorials where the subject on this page is commemorated:
Sir Thomas More 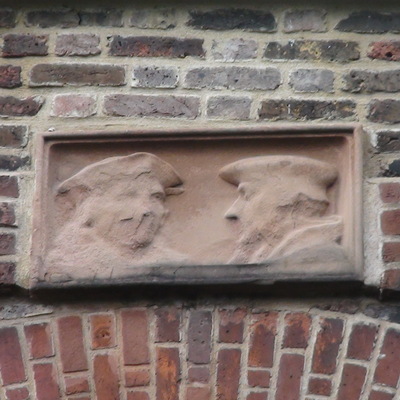 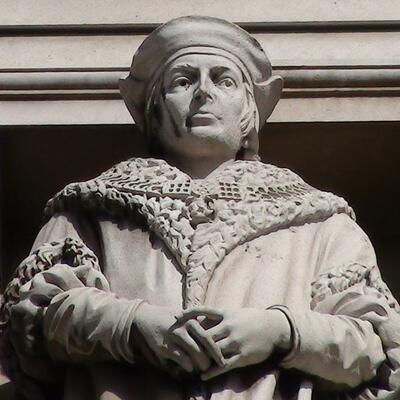 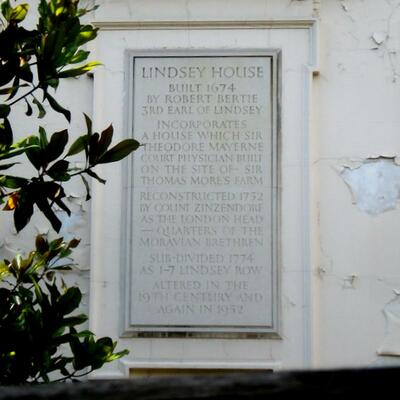 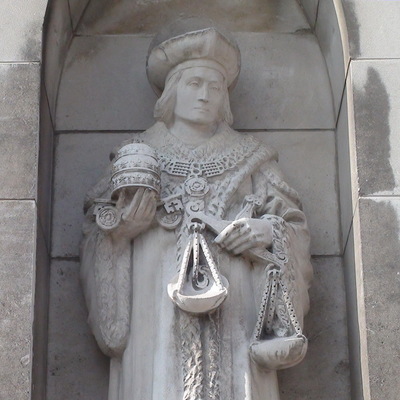 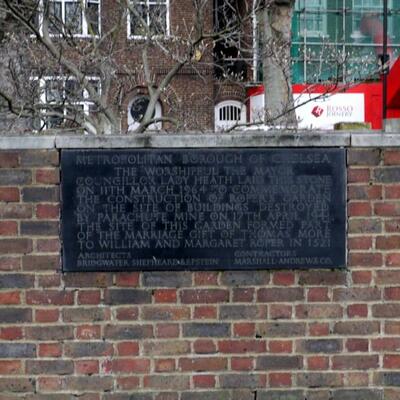 Parachute mines were used in the early 40s; the end of the war was characteri...

Known as Lord Darcy de Darcy or Darcy of Templehurst or Temple Hirst.  Early success as a soldier, and then at court but his involvement in Aske's rebellion, known as the 'Pilgrimage of Grace', led...

Protestant martyr. Before his execution,he wrote to his wife Anne: “Grace, mercy and peace from God the Father and from the Lord Jesus Christ be with you dear wife, now and for ever, amen, and prev...