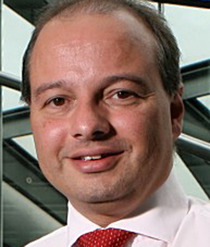 From the Jewish Chronicle: "The statue was erected in Merchant Square in Paddington, west London, where Sir Simon was a driving force behind the redevelopement of the Paddington Basin area. His civil partner, Robert Davis, deputy leader of Westminster city council .... Sir Simon, who was a member of West London Synagogue ... died after losing his 20-year fight against leukaemia."

Harvey Morris points out that "The Tory website Guido Fawkes archly remarked that it {the number of commemorations} surely had nothing to do with the fact that Milton’s longtime companion and civil partner, Robert Davis, had been in charge of planning at Westminster Council. Davis, a former Lord Mayor of Westminster, stepped down as the council’s deputy leader in 2018 after he was found to have accepted hospitality and gifts on more than 500 occasions, most of it from property developers. During his time as a planner, Davis removed five busts of the likes of Sir Isaac Newton and satirist William Hogarth during an ugly and mindless £15 million remake of Leicester Square."

Anarchist revolutionary and commander of an anarchist army. Born in what is n...