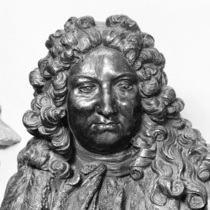 Tory politician, slave trader and philanthropist. Date of birth unknown so we use his date of baptism, which took place at St Botolph, Aldgate. 1705 became a director of the Royal African Company which dealt in slaves. Endowed a school for 90 poor children near St Botolph's in Aldgate. Arrangements in his will became a problem on the death of his wife which led to the setting up of the Sir John Cass Foundation in 1748. Died at home in Grove Street, Hackney. Buried at St Mary Matfelon.

This section lists the memorials where the subject on this page is commemorated:
Sir John Cass

Philanthropist who founded workshops for disabled girls. Moved by the plight...