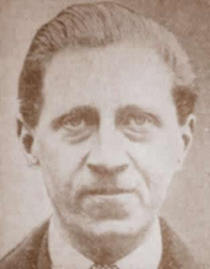 1928 Osbert Sitwell and Nina Hamnett published The People's Album of London Statues; with Hamnett's drawings and Sitwell's rather bad-tempered commentary. For example, about London's recent development he writes: "Who, then, can wonder that within the last few years our rulers have permitted, and the small nucleus of enlightened opinion has been powerless to prevent, a devastation of London more serous and widespread than the havoc caused by the Great Fire? Though a few of the more sacrilegious proposals, such as the wanton project for pulling down the majority of Wren's city churches have defeated themselves by the obviousness of their own iniquity, we have lived to see London vulgarised and spoilt, securely in the grasp of an architecture totally unsuited to it."

This section lists the memorials where the subject on this page is commemorated:
Sir Osbert Sitwell

Wondering why the Park Lane Group, a musical charity, should erect this plaqu...

This section lists the memorials created by the subject on this page:
Sir Osbert Sitwell

The Wind in the Willows

Written by Kenneth Grahame, much of it based on a series of letters to he wro...

Poet and biographer. Born at Scarborough into the aristocracy. 6-foot tall,...