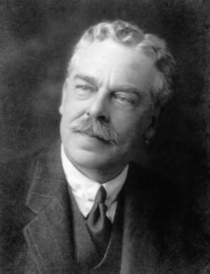 Locomotive engineer. Born Edinburgh into a family that arrived with William the Conqueror and were granted a hereditary baronetcy in the early 17th century. Raised in Derbyshire. Rapidly rose from apprentice to become the Chief Mechanical Engineer of the London and North Eastern Railway. Gresley’s big contribution to train development was to recognise the effect of wind resistance and to create an aerodynamic design - the A4 Pacific, one train of which, the Mallard, set a world speed record of 126 mph in 1938.  The wedge-shaped nose was inspired by Bugatti's French railcar designs.

Our photo shows the statue shortly after unveiling, with only a temporary not...

Borough Engineer and Surveyor in the Borough of Hammersmith in 1948. Our col...

Engineer and politician.  Born Derby.  He saw the potential of refrigeration ...

A major 'gravity' sewer running from Hackney to Beckton. Mainly designed by S...