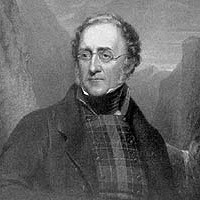 The Quakers list a Henry Sterry born 1803 in the parish of St George the Mart...