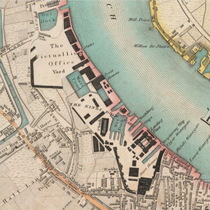 Born Colchester. Fought in both world wars. Chief of the Imperial General Sta...

Pilot. Born at Reynella, South Australia. He came to England in 1929 and stud...

Army regiment. Its name was changed to the Loyal Regiment (North Lancashire) ...

The British Navy is known as the Senior Service because it is the oldest of t...