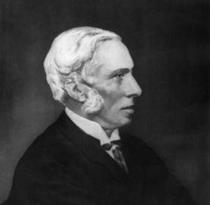 Architect and decipherer of Linear B script.  While still at school he heard ...

The summer residence of the Archbishops of Canterbury. The Manor of Croydon w...