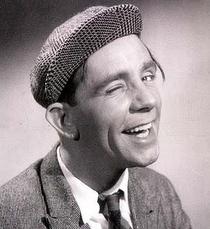 Comedian, actor, singer and songwriter. Born Norman Joseph Wisdom at 91 Fernhead Road. He made his stage debut in 1946 and went on to star in many films, most of them featuring his downtrodden character Norman Pitkin. In Albania he became something of a cult figure, as his were some of the few foreign films allowed to be shown by the regime. Knighted in 2000. Died at the Abbotswood nursing home, Ballasalla, Isle of Man.

This section lists the memorials where the subject on this page is commemorated:
Norman Wisdom

Plaque unveiled by Nick Wisdom (his son) and Robin Gibb, who were showered wi...