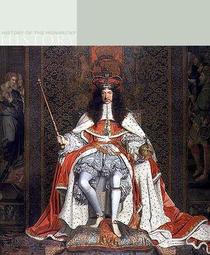 Married Catherine of Braganza in 1662 but she produced no children that survived. Meanwhile, with his many mistresses, including Nell Gwynne and Louise De Keroualle, Charles sired at least 13 illegitimate children. Died Whitehall Palace. Succeeded by his brother James II.

He was a founder member of a company set up for trade with Africa which quickly moved into the slave trade. He invested in the company and bought at least one slave himself.

This section lists the memorials where the subject on this page is commemorated:
King Charles II

This section lists the memorials created by the subject on this page:
King Charles II

Diarist and Secretary of the Admiralty.  Born Salisbury Court, where his fath...

Lord Chancellor.  1st Earl of Eldon. Opposed both the abolition of the slave ...