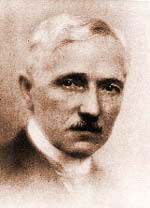 Football administrator. Born in eastern France. Initially a lawyer, in 1897 he started a sports club called Red Star which did not discriminate against individuals on the basis of class. He was involved in the founding of the Fédération Internationale de Football Association (FIFA) in 1904. In 1919, he became President of the French Football Federation and President of FIFA in 1921. Under his leadership, FIFA went ahead with plans for the World Cup. An inaugural competition was held in 1928, with the first official contest taking place two years later in Uruguay. Died at Suresnes.

This section lists the memorials where the subject on this page is commemorated:
Jules Rimet