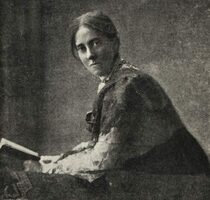 Isabella Ormston Ford was a social reformer, suffragist and writer. She became a public speaker and wrote pamphlets on issues related to socialism, feminism and worker's rights. After becoming concerned with the rights of female mill workers at an early age, Ford became involved with trade union organisation in the 1880s. A member of the National Administrative Council of the Independent Labour Party, she was the first woman to speak at a Labour Representation Committee (which became the British Labour Party) conference. Helped found Leeds Women’s Suffrage Society, executive of the National Union of Women's Suffrage Societies, and pacifist.

Born Leeds where she lived the rest of her life.

This section lists the memorials where the subject on this page is commemorated:
Isabella Ford