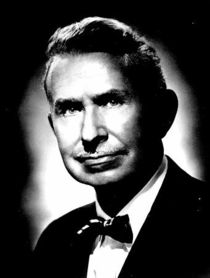 Commander in the City of London police force. He oversaw the investigation into the death of Roberto Calvi, (dubbed 'God's Banker'), and was also involved with the investigations into the collapses of the Bank of Credit and Commerce International and the Maxwell empire. In 1992 he was awarded the Queen's Police Medal. On 19 November 1993, he attempted to arrest a man he suspected of being a bogus charity worker. During the arrest he suffered cuts to his face, arms and legs and was admitted the next day to a private hospital in Bushey, Hertfordshire, where he died from heart failure, aged 64 years, on 4 December 1933. At the subsequent inquest the coroner ruled that he had been unlawfully killed.

In addition to the information shown in our Picture Source and his Wikipedia page, research has confirmed that he was born on 18 October 1929 in Dover, Kent, the son of John Graves Moore (1900-1973) and Kathleen J. Moore née Redman (1904-1965). In the 1939 England and Wales Register he is shown as a schoolboy living at 21 St Andrews Terrace, Crabble Avenue, Dover, with his parents. His father's occupation was recorded as a Sergeant in the Dover Borough Police Force.

This section lists the memorials where the subject on this page is commemorated:
Hugh John Moore

Soldier. Born Bernard Matthew Cassidy in Fulham. He was a second lieutenant i...

Established in 1903 it continued until 1958 when all British naval reserve fo...