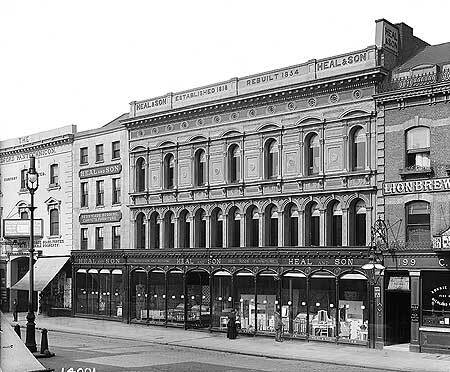 John Harris Heal established a feather dressing business at 33 Rathbone Place, moving to Tottenham Court Road in 1818. This became a family business selling beds and moved to larger premises in the same street at numbers 193-9, previously Millers Stables, with Cappers Farm behind where the family lived. This is the site now occupied by the middle part of the current Heal's complex. 1854 these premises were reconstructed as a purpose-built shop designed by James Morant Lockyer (see picture). Ambrose Heal junior joined the firm in 1893 as a furniture designer and went on to run the company very successfully. In 1983 the business was sold to Terence Conran.

The two plaques refer to two developments the first (1917) of which replaced the 1854 building. The main Tottenham Court Road elevation looks like two buildings - Heal's to the south, and Habitat to the north - but it was erected in 3 phases. The north half (5 bays) of the southern building is 1914-17 by Cecil C. Brewer and A. Dunbar Smith. This replaced the 1854 building in the photo. The southern equal-sized extension with a near-identical facade is 1936-8 by Edward Maufe. The northern Habitat building (8 bays), complementary in design, is 1961-2 by Fitzroy Robinson and Partners. It was this last building that required the demolition of the Apollo Inn.

Londonist's 7 Secrets Of Heal's Furniture Store is worth a read.

This section lists the memorials where the subject on this page is commemorated:
Heal's furniture store 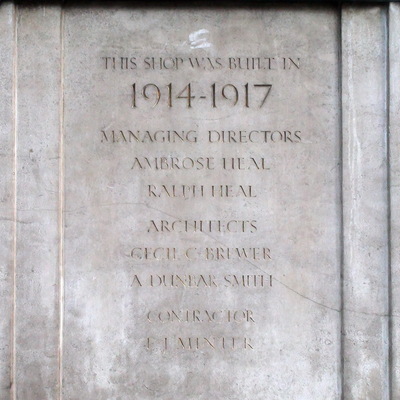 On the north-most pier of the southern building. 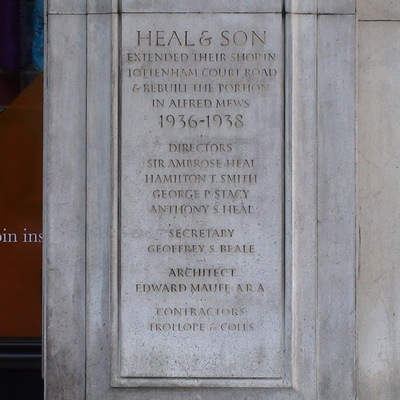 The Hitchcock murals were designed and made by artists: Steve and Nathan Lobb, Carol Kenna, Claire Notley and Julie Norburn at Greenwich Mural Workshop, Macbean Centre in Woolwich, SE18. 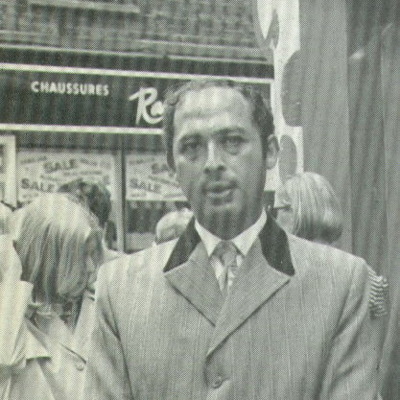 The Gold brothers, Warren (1938 - 2015), David and Harold, started with market stalls in Petticoat Lane. They opened the first Lord John, a men's clothes boutique, in Carnaby Street on 13 February ... 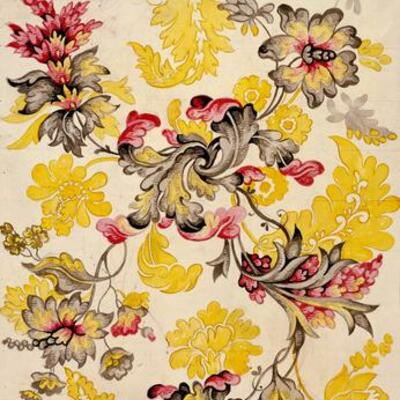 Fabric designer. Born Leicestershire. Moved with her sister to Princes (now Princlet) Street in 1728. Many of her over 1000 designs for Spitalfield silks survive at the V&amp;A Museum and she has b... 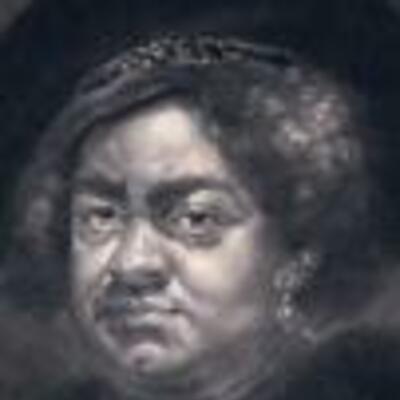 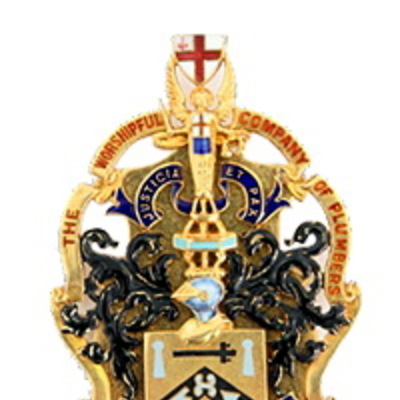 Ordinances 1365, Grant of Arms 1588. The Plumbers' Hall used to stand in Chequer Yard, where Cannon Street station now stands. The first hall was destroyed in the Great Fire of 1666. Rebuilt, it co...