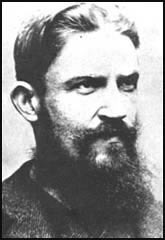 Born Dublin. Socialist, member of the Fabian Society. Plays include: Saint Joan, Major Barbara and Pygmalion on which My Fair Lady is based. Didn't like his first name, "Don't George me!" so is often credited as 'Bernard Shaw'. Awarded the Nobel Prize in Literature, 1925. Lived with his mother until the age of 40.

An active supporter of the Royal Academy of Dramatic Art, there is a GBS bust at the Malet Street building, about which The Guardian reports "At the heart of the development is a narrow cleft at whose base, on the summer solstice, the sun caresses a bust of George Bernard Shaw."

This section lists the memorials where the subject on this page is commemorated:
George Bernard Shaw

Born Surrey as Ford Hermann Hueffer, of an English mother and German father, ...

Born Dunmanway, near Cork, Ireland. Politician and writer. He wrote or co-wr...